(LOS ANGELES) — Willow Smith and her brother Jaden follow their own set of rules when it comes to expressing themselves.  However, Willow says their self expression came at a steep — and oftentimes difficult — price.

Speaking on her Facebook Watch series Red Table Talk this week, the 19-year-old singer opened up about how their sense of style caused a rift between her and the Black community.

“With the African American community, I kind of felt like me and Jaden were shunned a little bit,” Willow confessed Tuesday.

She said the message the Black community conveyed to her and her sibling was “We’re not gonna take pride in them because they’re too different.  They’re too weird.”

The “Whip My Hair” singer admitted to her mother Jada Pinkett Smith and grandmother Adrienne Banfield Norris that she felt that some of her family members didn’t embrace her or her brother because they didn’t conform.

Willow’s comments came in response to her mother revealing that she was “hardcore” mom-shamed by the Black community when she was raising her children.  The actress likened mommy shaming to an epidemic.

Detailing the pressure she personally experienced when her children were younger, Jada said it came to a head when Willow, then 11, shaved her head in 2012.  “There was a firestorm,” she sighed.

“When he was wearing a skirt, then he isn’t what people consider your ‘typical Black man,'” the Girls Tripstar lamented.

Overall, the actress expressed concern that the Black community keeps trying to “create stereotypes around ourselves,” and advocated for parents to allow their children to freely express themselves because, otherwise, “You are doing your kids a disservice.”

"He did what he did": Sacha Baron Cohen responds to 'Borat 2' scene with Rudy Giuliani 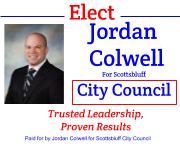 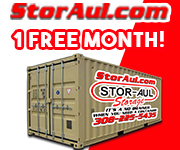