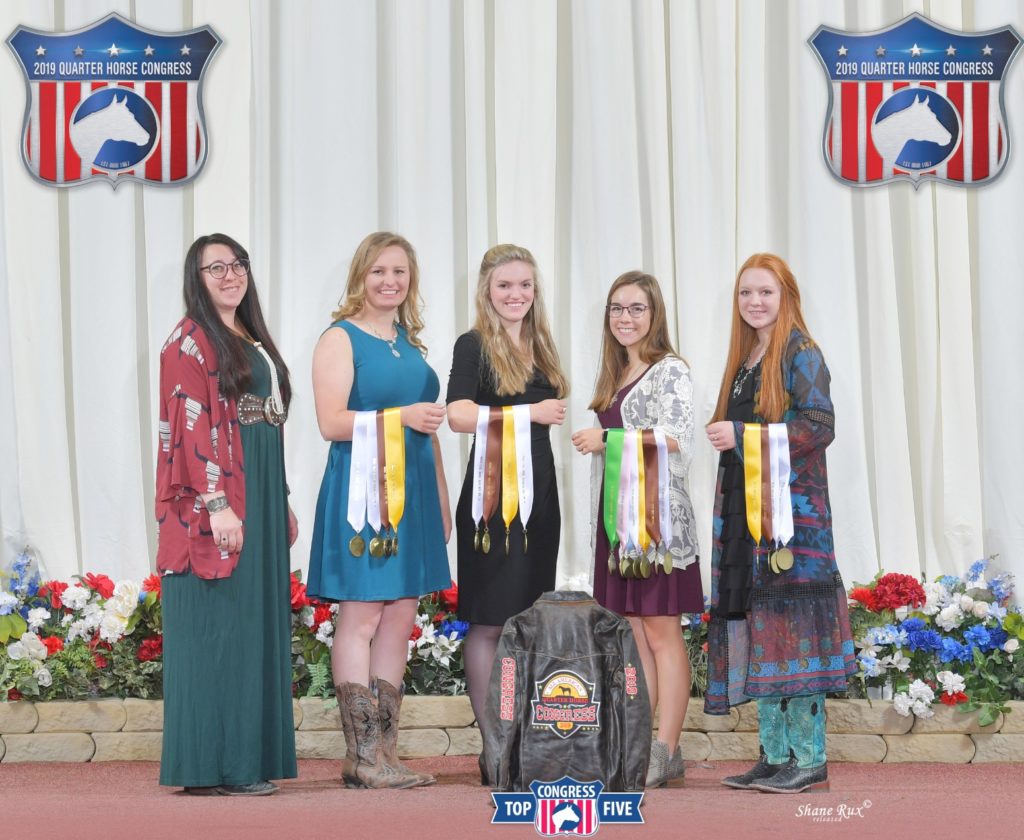 Cora Frederick finished in 10th Place for her placings in the Halter classes and Dally Wilkins placed 11th. Teammates Kendall Haas and Kylie Carson finished 19th, and 30th overall.
Their combined scores were enough to place the team securely in 4th place in judging Halter classes.

Combined individual scores made-up the team score of 2,258 – just one point behind the Reserve Champion Team from Texas.

The All-American Quarter Horse Congress boasted 25,000 class entries and was the final destination for the team, which has been successfully judging together since most of them were 8-years-old.

As a result of their successes at Quarter Horse Congress, team members earned a variety of medals as well as college scholarships and interest from several colleges and universities.