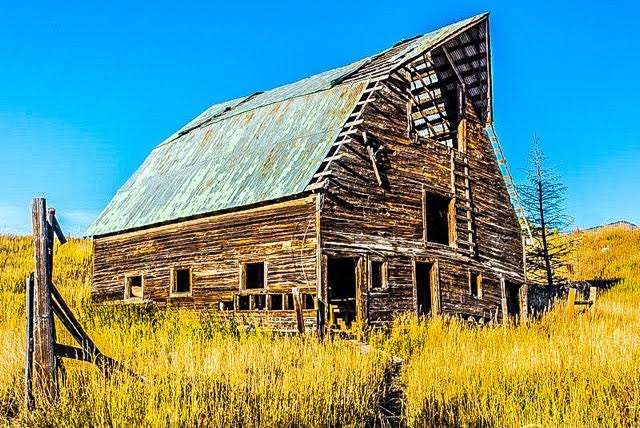 There’s so much more now than there was — more people, more traffic, more buildings — but Glenn Arnold, 84 years old, stands on a ridge above his family’s old homestead in Steamboat Springs, Colorado, and can only focus on what is gone.

“On the corner, that’s where our house was,” he said on a cool afternoon in autumn, pointing to the edge of a nearly empty parking lot. “There was a small stone building that was a milk house and a couple of cowsheds.”

There was a granary, a corral, two chicken coops, and a barn, a towering wooden structure with a green-painted tin roof. It was his family’s pride when it was completed in 1928, built by his father, Walter Arnold.

Now, there’s a ski resort less than a mile from where the Arnolds’ old front door opened, and the spot is surrounded by condos, vacation homes and skier parking. Glenn left to find work in 1958, and, ready to retire after a lifetime battling the Rocky Mountain winters, his family wasn’t far behind. His parents sold the land to the burgeoning resort in 1961.

Those old farm buildings eventually vanished. The farmhouse was dismantled, and, soon, the milk house, the cowsheds, the fences and everything else were gone, everything but the barn, which slowly deteriorated as the city and resort expanded and surrounded the lingering reminder of the area’s agricultural heritage.

The tin roof began to peel up, and the snow and rain crept inside. Rotting wood fell away from the building’s flanks. For a decade, the structure seemed one snowstorm away from collapse.

But, it still stood last autumn when Arnold made his observations, and, thanks to a major local preservation effort, it will continue to stand, not on its foundation of 90 years but 1,000 feet up the road on ground the family used to farm. Now, it will serve as an iconic entryway into the resort.

“Unbelievable,” Arnold said after watching crews hoist the barn on a trailer and drive it oh-so-carefully up the road to its new home. “I couldn’t have ever imagined this.”

A battle to preserve barns is being waged across the country, though measuring the size of the fight is difficult. There’s no practical way to count “old” barns, said Jeffrey Marshall, vice president of the National Barn Alliance. Among the thousands that surely do exist, there are no reliable metrics to use in deciding which may be historic and which forgettable.

“The first thing we look at is whether or not the structure is no longer of the current style of what’s being built, and, therefore, can it tell us something about our past?” Marshall said.

The National Register of Historic Places lists 656 entries under “barn,” including nine in Colorado. To make that list, someone first has to nominate a building, and, generally speaking, it needs to be roughly 50 years old or older. The structure’s story can mean much more than its age, however.

Did something significant happen in the barn? Was it a local landmark or otherwise relevant to the local community? Was it built by a noteworthy craftsman or architectural master? Did George Washington sleep there?

Even without any of that history, a structure can still be important.

“These buildings are a part of a cultural landscape,” said Marlin R. Ingalls, an architectural historian with the Office of the State Archaeologist at the University of Iowa. “So many people put up steel buildings now, but they don’t mean anything. Barns were handmade.”

But, catching the interest of a barn enthusiast isn’t enough to save a barn. Most are on private property, and even basic restoration or preservation work can be expensive. Often the land could be put to more efficient use.

The Arnold Barn in Steamboat Springs is not on a list. The Arnold boys — Glenn, and his two brothers, Harold and Gerald, both deceased — spent many hours hauling their farm’s milk into town to be dropped on the front stoops of houses, but the barn didn’t play an overly significant role in the region’s history.

It’s not even the only notable old barn in town within half a mile. There are two others, both well-preserved. Still, the community would miss it, said Arianthé Stettner, co-chair of the City of Steamboat Springs Historic Preservation Commission and a leader in saving the Arnold Barn. Barns of such an age are vanishing both nationally and in the region. Locally, one collapsed in a 2018 windstorm, and fires destroyed two more during the summer.

“And, we nearly lost this one, too,” Stettner said. “It’s so wonderful we were able to preserve it.”

She helped bring together public and private interests for the cause. Ownership and responsibility of the barn had fallen into legal limbo but was transferred back to the resort in 2017. Private donations and some public money helped first stabilize the structure then facilitate its move, made necessary as development had turned its original location into a marshy wetland.

On regular trips back to Steamboat Springs, Glenn Arnold watched his old family farm slowly disappear. Someday, he assumed, the barn would be gone, too.

He never imagined he’d see the nearly century-old family treasure lifted from its foundation and trucked up the road. In a perfect world, maybe it would have been preserved in its original spot, where the Arnold family milked their cows, but their barn is still standing, and in the world of old barns, that counts as a victory.

Want to save your barn? The experts have some advice:

— Put any money available into the roof. Nothing will lead to deterioration faster than letting in the rain and snow. “The roof is the building,” said architectural historian Marlin R. Ingalls.

— Consider getting it registered. Many states have barn-preservation organizations, but few have any money. It’s not easy getting a building added to the National Register of Historic Places, but that avenue at least allows the potential for grants.

— Find a use. It’s hard to justify keeping an empty, useless building standing, but if that building is generating revenue, it’s a different story. Perhaps the neighbor needs to park a boat for the winter? Or, someone is looking for general storage? Check zoning in the area, and, with some refurb work, a barn can be everything from a house to a wedding venue.