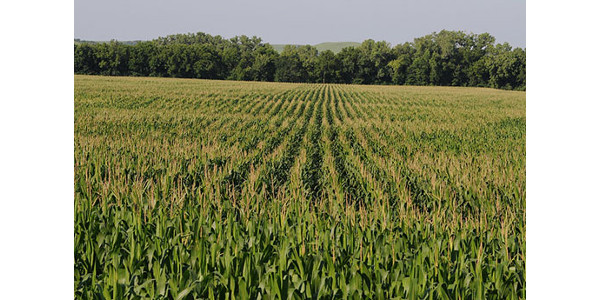 The National Plant Diagnostic Lab, which has regional labs across the United States, helps to quickly detect diseases that can affect the world's crops. (File photo)

MANHATTAN, Kan. — A little more than 17 years ago, a devastating bacterium served as a glaring example of just how vulnerable the United States’ plant and food system had become to disease.

“At that time, the U.S. was receiving geranium cuttings from Kenya,” said Jim Stack, professor of plant pathology at Kansas State University. “One of the organisms that we were concerned about then was a specific strain of Ralstonia solanacearum, a bacterium that infects tomatoes, potatoes, bananas and geraniums.”

The bacterium was suspected in a shipment that had entered the U.S., causing a halt in movement of geraniums across the country. The horticultural industry, which plans and markets its products as much as 18 months in advance, was suddenly crippled as the U.S. Department of Agriculture’s Animal and Plant Health Inspection Service scrambled to stop the spread of the organism.

“The USDA lab in Beltsville (Maryland) was completely overwhelmed with samples, and it just couldn’t process them fast enough to clear the material to allow greenhouses to sell,” Stack said. “So, that lab had to hold them. It took three to four months to clear all of the samples.”

Stack notes that the delay cost individual greenhouses “$2 million to $14 million, and many of them went out of business.”

The incident highlights a crucial role of the National Plant Diagnostic Network, a network of diagnostic labs across the country which was in its infancy during the 2003 occurrence.

“We’re 18 years old now, having been started in the aftermath of 9/11,” Stack said, noting the day in 2001 when terrorists flew airplanes into buildings, alerting government officials and U.S. citizens to our vulnerabilities in many areas of American life.

Shortly after 9/11, “each federal department was tasked with doing vulnerability assessments, and when the USDA did theirs, they recognized they had serious deficiencies in diagnostics for both plant and animal systems,” Stack said.

Kansas State University, which at the time was working on plant diagnostic software, became one of the leaders in developing a national system to protect plants and farm crops from intentional and unintentional threats.

“Wisely, they decided to implement the National Plant Diagnostic Network through the land grant system,” said Stack, who is the past executive director of the national system. “The reason for that is most land grant universities already had plant diagnostics in place, to varying degrees. So, there was a presence in every state. And most states had reach to the county level. There was already an extension system in place that provided the template for this coordinated effort in plant diagnostics.”

While the network wasn’t fully ready to help with the 2003 introduction of Ralstonia solanacearum, it was able to show its capabilities soon after.

In 2004, the horticulture industry was hit by the same bacteria in a shipment of geraniums, this time from Guatemala.

With the national network in place – and each regional lab handling diagnostics for hundreds of samples – the end result was much different.

“In talking to the lab director at Beltsville, she said the difference was that (in 2003) she received thousands of samples to process, and in 2004, she received only about 150,” Stack said. “The reason was because our labs were able to clear the negatives so that the only ones they had to deal with were those that were likely positive. That’s one of the many benefits of NPDN: there are many labs that can clear out the negatives so that the APHIS Plant Protection and Quarantine (PPQ) labs can focus on the positives.”

The 2004 incident, “went so smoothly that nobody went out of business and we were able to clear the negatives more quickly,” he said.

The system is being put to the test again, Stack said: “In April 2020, we are dealing with another introduction of the same bacterium that may have been introduced into 39 states. NPDN has partnered with APHIS and the PPFQ labs to rapidly determine which states are negative, thus allowing trade to proceed.”

Stack notes that NPDN’s importance has become more critical today as countries around the world struggle to deal with such issues as food security, growing population, and climate change.

“We are going to add at least 2 billion people to the planet in less than 30 years,” he said. “Although the percentage of people who are food insecure is declining, because of population increase, the total number of food insecure people is about the same as it was 30 years ago.”

NPDN will increasingly be called upon to protect food crops from diseases and pests, he said.

“Take the example of Bangladesh,” Stack said. “That’s a nation that is one-third the size of Kansas, yet while our state’s population is 3 million, theirs is 66 million. They can’t produce enough food to feed their people, so they import from other countries, including wheat.

Wheat blast disease emerged in South America and has threatened the world’s wheat crop since 1985. It recently was found in wheat imported into Bangladesh, causing widespread epidemics and devastating one of that country’s primary food sources.

“The government came in and burned the fields to stop the spread,” Stack said. “It drove farmers further into poverty. It’s not a good scenario.”

The United States is not immune from the same type of scenario. “We import a lot of our food,” Stack said. “We are moving plant materials and food crops over greater distances and in shorter periods of time than at any point in history. And while our inspection processes are very good, they aren’t perfect. They aren’t going to catch everything.”

Plant health, he adds, affects such well-known food crops as wheat, soybeans, corn and more, but it also can affect others such as citrus and legumes. In Eastern Russia, where the perma-frost is melting gradually, scientists are finding out that seeds and bacteria that have been frozen for 30,000 years are still viable – potentially creating new challenges for plant diagnosticians.

“So we need to have the infrastructure in place that allows us to catch things soon after they’ve been introduced,” Stack said. “Our job is to provide the diagnostic services that allow us to detect things early, identify them correctly and communicate critical information in a timely fashion to those that have the authority for response.”

Learn more about the National Plant Diagnostic Network and the five regional labs online at www.NPDN.org.

A new feeder on the block in central Nebraska | Friday Feeders