DECATUR, Ill. (DTN) — Reed and Curtis Storey didn’t plant dicamba-tolerant crops this year, but their soybean crop has been injured twice by applications made by neighboring farmers who did.

The Marvell, Arkansas, farmers aren’t alone. Crop injury complaints continue to mount this summer across the Midsouth, along with heated discussions about who gets the blame.

Monsanto, DuPont Pioneer and several other seed companies sold the new soybean technology, broadly known as the Roundup Ready Xtend Weed Control System, without a dicamba herbicide registered for commercial in-crop use. However, farmers have ready access to other dicamba formulations and knowingly used those in off-label applications that would have been in violation of U.S. state and federal law.

Monsanto estimates Xtend soybean seed was planted across approximately 2 million acres in 2016. Pioneer told DTN it does not reveal market figures. Monsanto also licensed the technology to other local and regional seed companies and has commercialized the trait in cotton.

Reed Storey estimates that he and his father have 100 to 200 dicamba-injured acres. The first incident came when a neighbor used a planting-time burndown and the spray drifted onto his sensitive soybeans. More acres were damaged when a neighbor’s postemergence spray hopped a fence line and curled plants within the field.

“You have to get well out into the field to see the classic cupping of leaves associated with dicamba injury,” said Storey, who returned home to farm after obtaining a master’s degree in weed science from Mississippi State University.

Some growers abandoned their Xtend seed plans this spring when it became evident the U.S. Environmental Protection Agency was not going register a dicamba-based herbicide in time for the 2016 growing season. The Xtend trait also does not yet have import approvals in the European Union and some elevators have said they will not buy seed produced from the trait until those permissions are granted.

Growers were able to legally use existing dicamba formulations for early season burndown treatments, as long as they observed labeled plant-back restrictions, but no in-crop (postemergence) applications were legal over the top of Xtend soybean and cotton varieties this year.

The hotbed for the off-target and off-label problems appears to be southeast Missouri, northeast Arkansas and northwest Tennessee.

The Missouri Department of Agriculture has received more than 100 pesticide drift complaints to date, confirmed Sarah Alsager, a public information officer with the department. “Our Bureau of Pesticide Control staff are on site to conduct a thorough investigation of all complaints.” Alsager also told DTN the complaints are believed related to an herbicide use incident or incidents involving a four-county area in southeast Missouri. Since investigations are ongoing, she would not confirm that the injury was specifically dicamba related.

Jim Heiser, a University of Missouri agronomist working in the Bootheel region, said what he’s seen so far has been dicamba symptoms in soybean. He’s heard about injury to watermelon and some other fruit crops from off-target movement, but could not confirm the reports. He speculated that increasing infestations of Palmer amaranth resistant to both glyphosate and PPO-inhibitors may have left growers feeling their only remaining option was to utilize the dicamba trait growing in their fields.

University of Arkansas weed specialist Tom Barber said the crop injury in his state appears to be mostly in soybeans. Soybeans are extremely sensitive to dicamba. Some injury has occurred because of sprayer contamination or isolated situations such as a farmer who unwittingly got bulk containers that happened to be contaminated with dicamba.

“However, the bulk of the symptoms appear to be related to volatility because growers sprayed formulations that are known to be more volatile and move under certain environmental conditions,” Barber said. “We have some fields that have been hit three times from three different applications.” How much yield loss that will exact is yet to be seen, but Barber said soybeans hit at R-1 to R-2 stages would have been more vulnerable.

Monsanto’s dicamba formulation currently under EPA review is based on the diglycolamine (DGA) salt — the same salt used in Clarity herbicide. Monsanto told DTN that once EPA approves what is known as M1691, it plans to immediately bring forth new formulations that include proprietary technology called VaporGrip, which is said to prevent the formation of dicamba acid and lower volatility, based on company tests. Monsanto recently signed a supply agreement to provide DuPont a straight goods DGA-based dicamba plus VaporGrip herbicide.

BASF has also requested to register a dicamba herbicide branded Engenia that is a BAPMA salt with a molecular structure said to be more effective at binding dicamba spray to plants and soil, reducing potential volatilization of the herbicide. However, both companies stressed that spraying even the lower-volatility formulations will require specific management tactics.

Storey said the message to farmers was clear that dicamba wasn’t to be used on Xtend crops this year, but he doesn’t totally fault farmers. “We’re constantly being told these are the best-yielding, newest thing out there and that’s what farmers hear. The weed pressure we have down here has many of them backed into a corner too,” he said.

“I put a lot of this at the feet of the seed companies,” Storey said. “They should never have released that trait for commercial sale without a labeled formulation that is lower in volatility.

“Neighbors have traditionally worked situations like this out between themselves,” Storey added. “But there’s a bigger picture here. Even if a lower-volatility product becomes available, there will still be easy access to formulations that are not, and I’m worried that growers will be tempted to use them, especially if they are less expensive. The way this stuff moved this year, I’m afraid we are going to be forced to grow this technology in coming years, not of own free will, but as an insurance policy.”

Missouri growers can find a sample of the procedures on how to file a possible pesticide misuse here: http://on.mo.gov/… 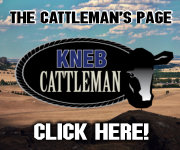