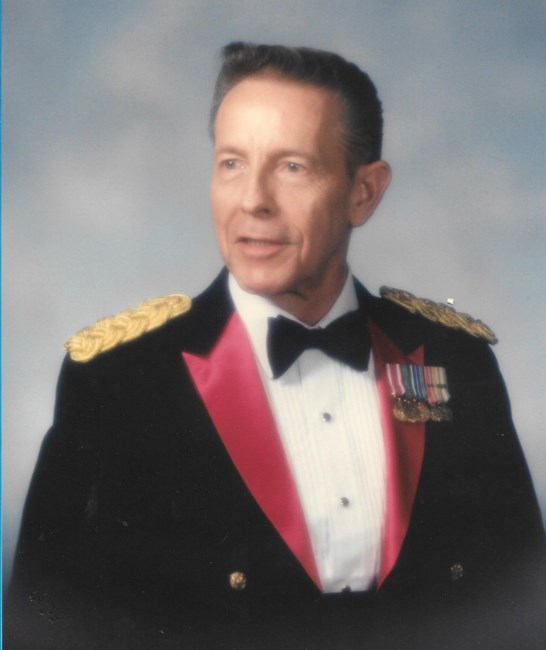 Colonel Kenneth R. Love, U.S. Army, Retired, received his final orders and reported for duty at heaven’s gates November 26, 2019. After serving his country for 37 years he passed away peacefully at Heritage Estates with his daughter Lori by his side.

A celebration of Ken’s life will be held Wednesday December 11th at 2 pm at the chapel at Heritage Estates with the Rev. Craig Collins officiating. Burial will follow at Fairview Cemetery, Scottsbluff. Ken was born in Scottsbluff on September 16th, 1929 to Glen and Gladys (Cross) Love. He attended Scottsbluff schools, excelling both academically and athletically. He was a member of the National Honor Society, and participated in track, basketball and football, graduating in 1947. He was also a graduate of the U.S. Army Command and General Staff College, and Doane University, receiving his degree in human relations.

Ken married his high school sweetheart Evelyn Stratton in 1949, and to this union two children were born, Lori and Lorin.

He enlisted in the Nebraska National Guard in 1948, advancing rapidly through the enlisted ranks to Sergeant First Class (SFC). In February 1953, Ken received a direct commission to Second Lieutenant beginning his career as an officer. In February 1964, at the rank of Captain he became a full time employee of the Nebraska National Guard. In 1975, holding the rank of Major, he was transferred to Lincoln, NE filling a variety of positions and assignments. Colonel Love retired from service on July 12th 1985. Decorations and awards include the Meritorious Service Award, Army Commendation Medal, Army Achievement Medal and numerous others.

He and Evelyn remained in Lincoln until her passing in 1991. He later relocated to Sun City, Arizona marrying Sue Singleton. With their shared love of music they were involved in numerous vocal and theatrical groups throughout the Phoenix area and abroad.

Ken was a servant of his community no matter where he resided. Beginning with the Boy Scouts as an Eagle Scout and then Scout Master of Eagles Lodge Troop 1367, he was actively involved in the American Legion, Chamber of Commerce, Nebraska National Guard Historical Society, Military Officers Association of America, Lincoln Community Playhouse, Sun City Players, Phoenix Master Works Chorus, and Voices of Van Ornam.

Memorials may be made to the veterans service organization of your choice.

“It is foolish and wrong to mourn the men who died. Rather we should thank God that such men lived.” — General George S. Patton, Jr.