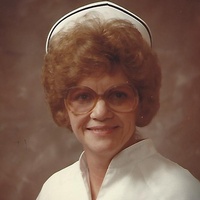 She was born September 3, 1935 in Scottsbluff, Nebraska to Morris C. and Beulah M. (Harsin) Prouty.

She devoted her life to nursing.  She graduated from Alliance School of Nursing in 1977 and from the West Nebraska Hospital of Nursing RN program in 1984.  She lived her life “One day at a time.”  She often said, “I will pass this way but once, let me be remembered for my achievements in life and the good I’ve done, not for my mistakes or failures.”

She was preceded in death by her parents, an infant daughter, her son Jerry Nunes, 2 infant grandchildren and 1 infant great grandchild.

Memorial services will be held at a later date.  In lieu of flowers, memorials may be given to Pillars in the Park, C/O, Terri Wood, P.O. Box 474, Hemingford, Nebraska, 69348.