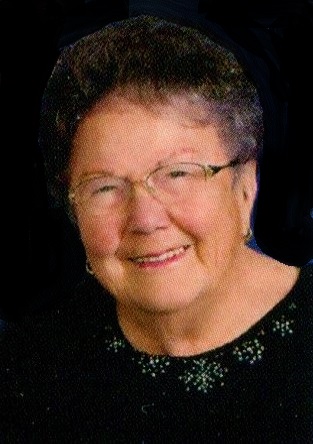 Helen Dillman, 88, met with her Lord and Savior on Tuesday, September 8, 2020 at Regional West Medical Center. Visitation will be held from 4 pm to 7 pm on Friday at Dugan Kramer Funeral Chapel with the family present from 4 pm to 5 pm. Her funeral service will be held at 2 pm on Saturday, September 12, 2020 at Salem Congregational Church, officiated by Pastor Dale Brown. Memorials may be given to the church. Online condolences may be left at www.dugankramer.com.

Helen was born January 25, 1932 at Bayard, Nebraska to Phillip and Mary (Wise) Henkel. She was baptized and confirmed at Hope Congregational Church in Bayard. She received her education at South 96 in Bayard. Helen was united in marriage to Johnny Leroy Dillman Sr. on February 27, 1955 in Scottsbluff. She was extremely proud of all of her family, who were the light of her life. She spent most of her life working alongside husband, John, to work and manage the farm before retiring and moving from Morrill to Scottsbluff in 1995. In addition to spending time with her family, Helen also loved cooking for Dutch Hop weddings. She also spent over 15 years working for her niece Diana Schmall (Blessings) making cabbage burgers.

Helen has been a long time member of Salem Congregational Church where she sang in the German choir, regular choir and was a member of the Salem Friendly Circle. She was also a lifetime member of the Morrill American Legion Women’s Auxiliary. She enjoyed her family, gardening, playing the piano, and playing cards with family and friends.