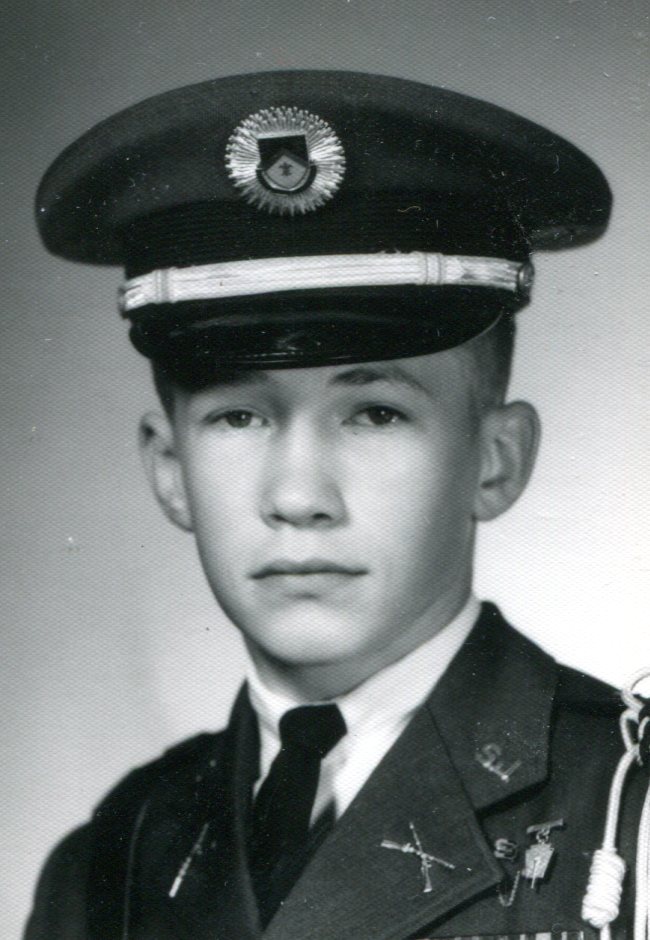 Peter Wade Black, 72, of Scottsbluff, died Thursday, February 7, 2019 at his home in Scottsbluff. A funeral service will be held at 11 a.m. central time, Friday, February 15, 2019 at Ft. McPherson National Cemetery in Maxwell, Nebraska with interment to follow. The Nebraska Army National Guard will provide military funeral honors. There will be no visitation. Memorials may be made to Veteran’s Appreciation Outreach. Online condolences may be made by visiting www.bridgmanfuneralhome.com.

Peter was born in Chicago, IL, on September 6, 1946, to Eugene Black, MD, and Ellen Badgely Black. He grew up in Scottsbluff before attending St. John’s Military School in Salina, KS. At St. John’s, Peter excelled both athletically and academically, lettering in wrestling twice and graduating salutatorian in 1964.

After high school, Peter enlisted in the United States Army. Once again he excelled. Of the 196 trainees in his company at Fort Leonard Wood, Missouri, he was named outstanding trainee. And for his meritorious service in Vietnam as a paratrooper in the 101st Airborne, he was awarded the Bronze Star. Peter’s accomplishments as a soldier were his proudest achievements in life.

Peter retired in 2008. He moved to Cañon City, CO, where he led a quiet and secluded life. He returned to Scottsbluff in 2017 and lived his final years in the close company of family.

He was preceded in death by his parents.

Peter will forever be remembered as a devoted patriot.