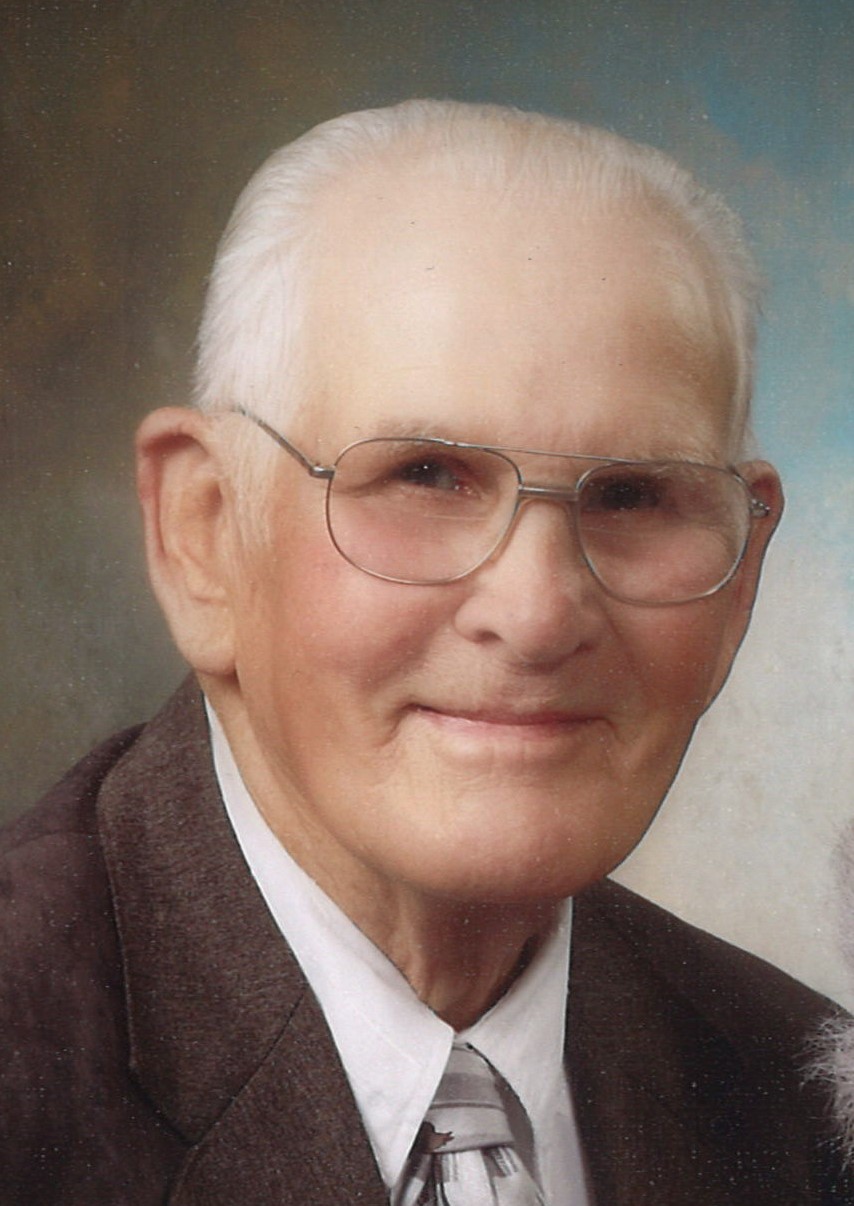 Warren L. Johnson, age 93, of Sidney, NE passed away on his birthday on Tuesday, November 3, 2020 in Sidney. Funeral services will be held at 10:00 A.M. Saturday, November 7, 2020 in the First United Methodist Church in Sidney, NE with Pastor Corey Jenkins officiating. Interment will follow in the Potter Cemetery in Potter. Friends may stop at the Gehrig-Stitt Chapel on Friday from 1-6:00 P.M. to sign Warren’s register book and leave condolences for the family. You may view Warren’s Book of Memories, leave condolences, photos and stories at www.gehrigstittchapel.com. Memorials may be made First United Methodist Church of Sidney, 2622 11th Ave, Sidney, NE 69162 and Prairie West Church, 904 Sheridan St, Potter, NE 69156.

Warren Lyle Johnson was born in the Taylor Hospital, Sidney NE, to James C. and Aleata Reineka Johnson on November 3, 1927. He attended country grade school, district #31, in the southwest corner of Cheyenne County, also called the West Sidney Draw area; and attended Sunday School at the Pathfinder Sunday School in the same area.

In his high school years, he excelled in Vo-Ag; During his school years, he batched and roomed at the Killman home in Sidney, His after-school jobs included – working at Wright’s Creamery, setting pins at the bowling alley (across from the Post office), working at C.A. West Clothing store and yard work for several widows in Sidney.

During WWII he was excused from school to pick potatoes for farmers.

Warren and Margaret graduated from Sidney High School in 1945. After graduation he helped his Dad on the family farm.

Warren and Margaret Lipke married at the Lipke home on April 23, 1948. Their first date was in their Freshman year during high school.

During his first farming years, he farmed his Dad’s fields for the use of the machinery to do his own farming. Springtime found him up milking the cow and in the field plowing by 4 A.M. There were some mighty cold spring days and no cab on the tractor! Nor was there air conditioning during the hot summer months.

In the winter months he hauled bales, picked corn, and scooped manure for neighbors to keep the wolf away from the door.

Several winters he measured the acres in farmer’s wheat fields with a walking A for the ASCS office. There were no four wheelers, then.

He began raising Hereford cattle in the late 1950s. Kenneth Merscheim hauled his cattle to market; and claimed that Warren had the best-looking herd in Cheyenne County.

Warren taught his sons, Kent and Kris, how to work hard and love farming.

Warren was a handy man of all sorts. Above all, he was a wheat-farmer, but he remodeled homes for his parents and relatives, did mechanic and electrical work, learned to castrate calves from his uncle, Cliff Hammond, helped with veterinary work, and restored their fire damaged house in 1986. Warren took flying lessons from Leonard and Ed Nelson, and even flew his own Citabria airplane, thoroughly enjoyed cards, and kept up on baseball games and player stats.

His retirement years were spent watching Husker football, working in his wood shop, reading all of the Louie LaMor novels, watching western movies, working on crossword puzzles and suduko.

He worked on the construction of the new Potter Methodist Church. After the house fire, he restored his present home with the help of his family and relatives.

He bowled in the Men’s Bowling League. He and Margie danced with the Fairs and Squares Square Dance Club.

He has served on several organizations: Cheyenne Co. Weed district, Potter School Board, Potter Elevator Board, Far Mor Board, and the Potter Cemetery Board.

He was an older brother to his siblings, Wilma, Wendell and Gordon who have all preceded him in death.

He was preceded in death by his parents: James and Aleata Johnson, Margaret’s parents: Ed and Hattie Lipke, his son: Kent, his daughter-in-law: Sadonna Johnson, his siblings: Gordon, Wendell, and Wilma Vencill, brother-in-law: Jack Vencill, sister-in-law and husband: Dorothy (Wilfred) Nelson, and his cousin and best-friend: Walter Hammond.