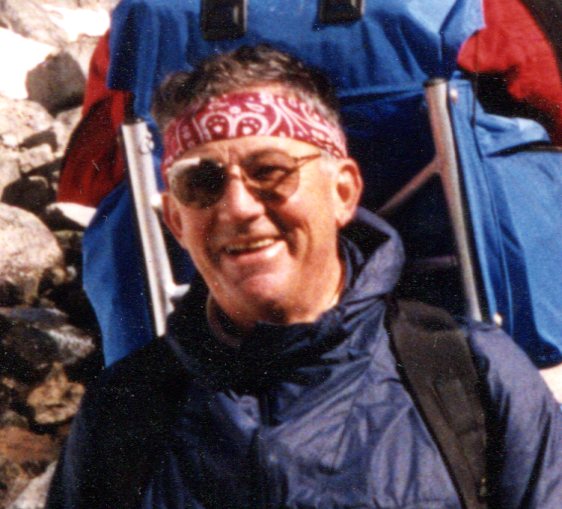 Bill passed away peacefully at home surrounded by his family on February 8, 2019. Cremation has taken place and there will be no visitation. His memorial service will be held at 10 a.m. on Wednesday, February 13, 2019 at the First Presbyterian Church in Scottsbluff with Pastors Jeff and April Fiet, and Pastor Ron Nuss-Warren, with a military honors rendered by the United States Navy Funeral Honor Guard. The family respectfully requests that in lieu of flowers, donations may be made to the Scottsbluff Family YMCA, First Presbyterian Church of Scottsbluff, and the Rotary Club of Scottsbluff/Gering. Online condolences may be made by viewing Bill’s memorial page at www.bridgmanfuneralhome.com. Bridgman Funeral Home in Scottsbluff is entrusted with arrangements.

Bill was born in Grand Island, NE on September 19, 1928 with a song in his heart. He mourns his passing but has great expectations for his future.

Bill attended primary school in Hastings, NE and Austin, TX, and graduated from high school in Grand Island, NE in 1946. He attended Hastings College before enlisting in the US Navy in 1948.

Following boot camp, Bill attended US Navy Submarine School in New London, CT. He was assigned to the USS Cubera, Key West, FL. After the start of the Korean Conflict, Bill was transferred to Flag Staff, US Port of Embarkation, Bremerhaven, Germany. While there, he was in the Honor Guard for the ceremony of the United States returning power to the German government, the opening of the US embassy in Hamburg, and the Armed Forces Day in Berlin. Bill also helped establish a Boy Scout troop for American dependents and wrote a weekly Navy column, “Scuttlebutt”, for the Armed Forces Newspaper. He was subsequently transferred to Flag Staff, United States European Command in Frankfort, Germany.

Bill attended the University of Nebraska in Lincoln, NE and was a member of Sigma Nu Fraternity. It was there that he met his future wife, Donna Beckenhauer of West Point, NE. They graduated from UNL in 1955 and were married at West Point in June of that year. They lived an adventurous life together.

Bill worked for Burroughs Corporation in Lincoln, Hastings, and North Platte before purchasing an office equipment store in North Platte, NE with his partner “Butch” Hoffman. They also purchased Scottsbluff Typewriter and Office Products in Scottsbluff. Meanwhile, Bill worked as a consultant for Gering Medical Clinic and Panhandle Community Action, and he conducted business seminars for the University of Nebraska.

Bill was a member of the First Presbyterian Church of Scottsbluff, the Scottsbluff-Gering Rotary Club, and Past-President of the Scottsbluff County YMCA where he coached the age-group swimming team. He enjoyed singing with Sugar Valley Singers and working with the Boy Scouts.

Bill loved hiking, backpacking, hunting, fishing, and traveling. Bill and Donna traveled the world together, enjoying the many adventures that came with each discovery of new sites and cultures. They backpacked the Chilkoot Trail, basked in the sun of the Cook Islands, snorkeled in Mexico and the Bahamas, canoed the Churchill River of Alaska, had a few European excursions, and pulled their Airstream all over the US. Bill was a devoted family man, and included his five young sons on many of his escapades.

Those who knew him will fondly remember his quick wit, the songs he loved to sing, his scrumptious bread and cinnamon rolls, and the delightful Christmas letters he crafted each year.