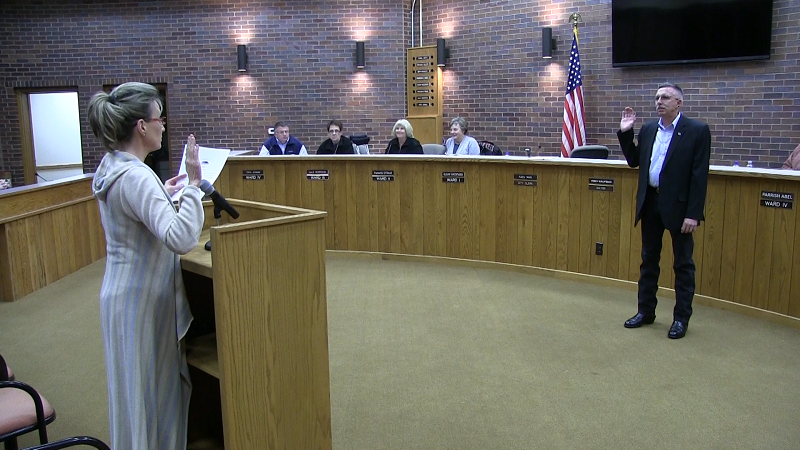 City Clerk Kathy Welfl administered the oath of office to Abel, who was selected to fill the seat vacated last year by Phillip Holliday.

Abel tells Rural Radio News one area he would like to focus on is business development, especially encouraging more ‘mom and pop’ stores. “You drive down main street now, about the only time it’s busy is that one weekend we host Oregon Trail Days. Other than that, we’re kind of a bedroom community,” says Abel. “I’d like to see where families come here to raise a family, and want to shop and stay in Gering.”

Abel tells us he’s spent the last two weeks with the Mayor and city staff, trying to get up to speed on a number of subjects and issues facing the city and the council.

He will be the council’s liaison to the Western Nebraska Regional Airport Authority, and takes his place on a number of standing committees, including Gering’s Public Safety Committee.

He will serve three years to complete the term, and would be up for election in 2022.