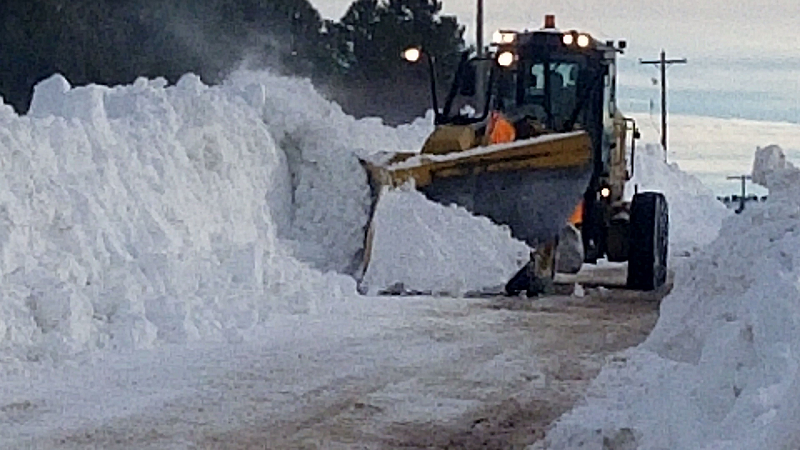 Scotts Bluff County Commissioners Monday night thanked the Roads Department for their hard work getting the hundreds of miles of county roads open and passable following the holiday snow and windstorm.

Linda Grummert reported that as of Monday evening, only about 15 miles remained drifted-in with heavy snowpack after two days of work by road crews.

Board Chairman Ken Meyer says it was yet another outstanding effort by department staff. “They had the drifts that were hard, and really, really tough to get to, and at one particular point the graders were moving about two miles an hour and we just couldn’t get to everything,” says Meyer. “But I think they did a marvelous job for the amount of personnel and equipment they have.”

With the third blizzard event of the year, Meyer says most understand those situations mean it will take a little bit of time to get everyone dug out from the snow.