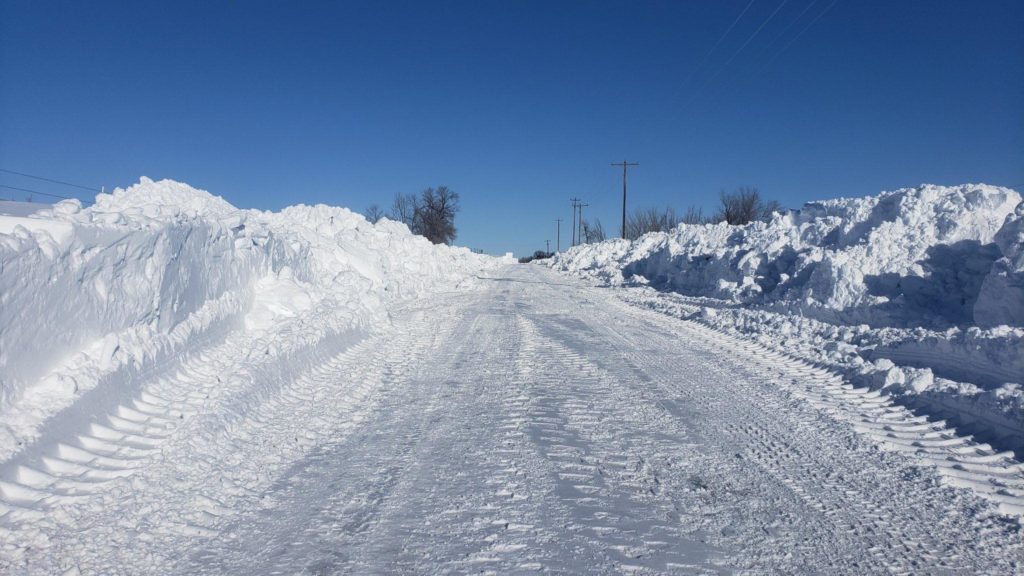 Road crews in Scotts Bluff County are once again working on drift-busting on the county’s gravel road system for the third time in nine months after the Thanksgiving Holiday blizzard.

County Roads Superintendent Linda Grummert tells Rural Radio News staff is working to clear at least a single path through drifts three and four feet high, but the characteristics of the packed snow slows down progress. “It’s a harder snow (than in March and April). It’s cleaning off the plows better, we don’t have the moisture in it,” said Grummert, “But it’s a harder snow drift, harder to get through.”

She notes that only loaders, graders and crawlers can be used in the process, as the county’s snow plows are generally ineffective when it comes to busting open a path through heavily drifted areas, and limited to eliminating ‘finger drifts’ that develop on paved roadways.

Grummert says the goal is to get a path through every road by the end of Monday, to be followed by widening those pathways to allow two-way traffic.