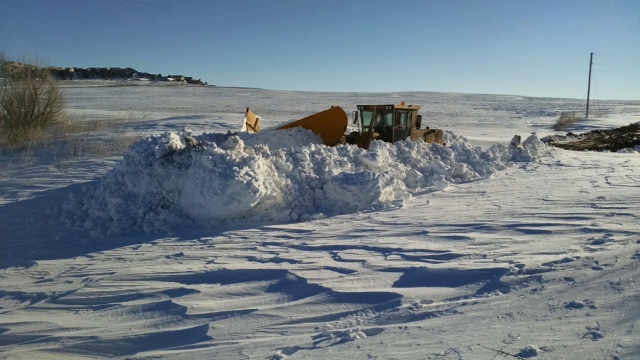 Raods Superintendent Linda Grummert says there was a goal of clearing at least 1 lane to every household Saturday, but the size of the drifts and the mud underneath caused the department to fall short, with motor graders unable to open some roads.

Grummert says rains that proceeded the snow caused the roadways to be muddy underneath, and while substantial progress is made during the mornings when the mud is frozen, progress slows during the afternoon as roadways thaw.

The Roads Dept. is scheduling the worst areas as first priority for dozers to attempt to open.  Grummert says efforts will continue for Sunday and through next week until all areas are open, with roadway widening to follow.