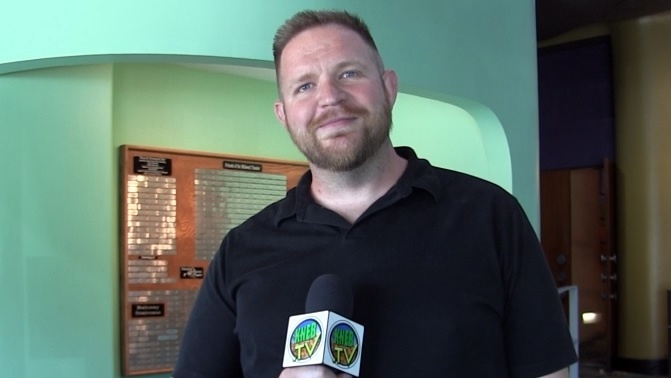 The Executive Director of the Midwest Theater has been selected by Third District Congressman Adrian Smith as one of nine winners of an Excellence in Innovation and Adaptation award.

Billy Estes will receive the honor due to his work during the pandemic in partnering the Midwest with Legacy of the Plains Museum for the creation of the ‘Pop-up Drive-up’, which proved so popular it evolved into the SkyView Drive-in adjacent to the Western Nebraska Regional Airport. Thanks to the creativity and leadership of Mr. Estes, in spite of the pandemic, the Midwest Theater has continued to thrive throughout 2020. 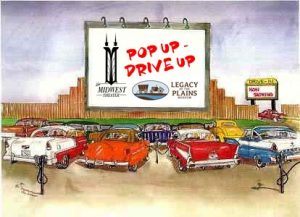 The award was created to acknowledge the contribution of individuals, organizations, and those who are working every day to improve and help their communities in the current environment.

“I’m proud to honor the recipients of the Innovation and Adaptation Recognition. Nebraskans know our communities grow when individuals step up: helping their neighbors, being involved, and creating opportunity,” Smith said. “To all Nebraskans who work tirelessly to create thriving communities, I will continue to support your efforts and pursue policies to get the federal government out of the way and empower your success.”

Smith  will be recognizing the recipients before the U.S. House of Representatives.

Grand Central Foods of York is owned by the Warren Thomas family. Mr. Thomas prides himself on his commitment to the York community. In “normal” times, Warren and the Grand Central Team are the first to ask where they can help with a project or how can they partner on events. The selflessness shown by everyone at Grand Central is a testament to the example of the ownership. Within a few days of the pandemic’s arrival to York, Warren purchased a second grocery delivery van, and expanded his service to the entire community. Because Warren believes in positive reinforcement, he encouraged his customers to wear a mask while in his store by offering a 5 percent discount on their purchases. He is an active member of many community groups, and his passion and commitment to his community is unmatched.

Alyssa Cochnar of Crete is leader of Gold Star Martial Arts of Crete and Seward. At 26 years old, she is already a 5th degree black belt, chief instructor, and co-owner of the martial arts facility. When directed health measures forced Gold Star to close in-person training classes, she spearheaded the process of creating online modules for her students to continue their training independently. Before long, she began offering Zoom Classes to provide her students with another safe and flexible option to continue their training and explore expanded experiences to encourage healthy eating habits and socialization while social distancing. I commend her positive attitude and commitment to an enriching educational experience for all her students, regardless of their experience level.

Bryce Jensen is the Director of the World Theatre of Kearney. His adaptability, especially during the pandemic, demonstrates his commitment to his community. Though the organization he operates, the World Theatre, was closed due to the pandemic, his outside of the box thinking inspired him to create, through strategic community collaborations, a World Theatre drive-in. Not only would this ensure the World Theatre could still bring respite to many during these trying times, but it restored a drive-in movie experience to the Kearney region, reminding many of the happy memories of their youth.

Kirk Zeller grew up in the community of Ravenna, Nebraska. After high school, he attended university and later worked in the medical field in Japan. Kirk returned to the United States, first living in California before returning to his hometown of Ravenna to raise his family. Since returning to Ravenna he has turned the former Carnegie library into an entrepreneurship center, purchased a downtown building and renovated the upper story apartments, and recently directed a movie in Ravenna and Los Angeles which premiered at the Kearney World Theatre’s drive-in, all while working on bringing new medical products to the market. He is a great story of returning to small hometown Nebraska and reinvesting in his community.

Dick Cochran of Kearney founded the nonprofit Hot Meals USA in October 2017. By February 2018, he signed a memorandum of understanding with the American Red Cross to call on him for assistance in wildfires, floods, tornadoes and other disasters. Every time Dick and Hot Meals USA are called upon, no less than 150 volunteers have supported the program. Since their inception, the policy has been to feed anyone, no questions asked. In just over three years, they have provided more than 155,000 meals across the country.

John McCoy is the CEO of Orthman Manufacturing of Lexington. He embraced the opportunity to help feed families that come from a poverty background in the Lexington region. When he first brought in Hot Meals USA to the community, his business, Orthman Manufacturing, partnered with the Lexington Community Foundation and others to provide over 1,000 hot meals on a weekly basis to families. He then made feeding the community a priority as he and his employees took the lead to distribute USDA food boxes. When schools reopened in August, John was there for the community again. He donated 3,700 masks to Lexington Public Schools to make sure no student was unprepared for their school experience. John’s actions represent his commitment to all members of the Lexington community.

Anthony May of Hastings is an entrepreneur. When the pandemic forced the taproom of Steeple Brewery, which Anthony co-owns to close, he quickly responded. Collaborating with Wave Pizza Company, the brewery’s restaurant partner, he developed a community delivery program, which eventually offered their products to 21 communities in south-central Nebraska. This innovative program ensured many Nebraskans, whose communities either do not have a grocery or now lacked a local place to eat due to the pandemic, had ready access to an easy-to-use food delivery program.

Matt Dennis and Michael Stepp are more than small town business owners; they are master story tellers with a dream. What began as two friends making copper mugs in an old shop has turned into an opportunity to reshape the meaning of community. When they purchased the building they now call Handlebend, their goal was to create a community of small businesses under one roof and welcome the community with open arms to come and enjoy a mule, coffee, or gather and with friends and family. Though the Coronavirus pandemic has caused the Handlebend community to adapt their approach, the dreams of these men to create an innovative experience for the O’Neill community continue.