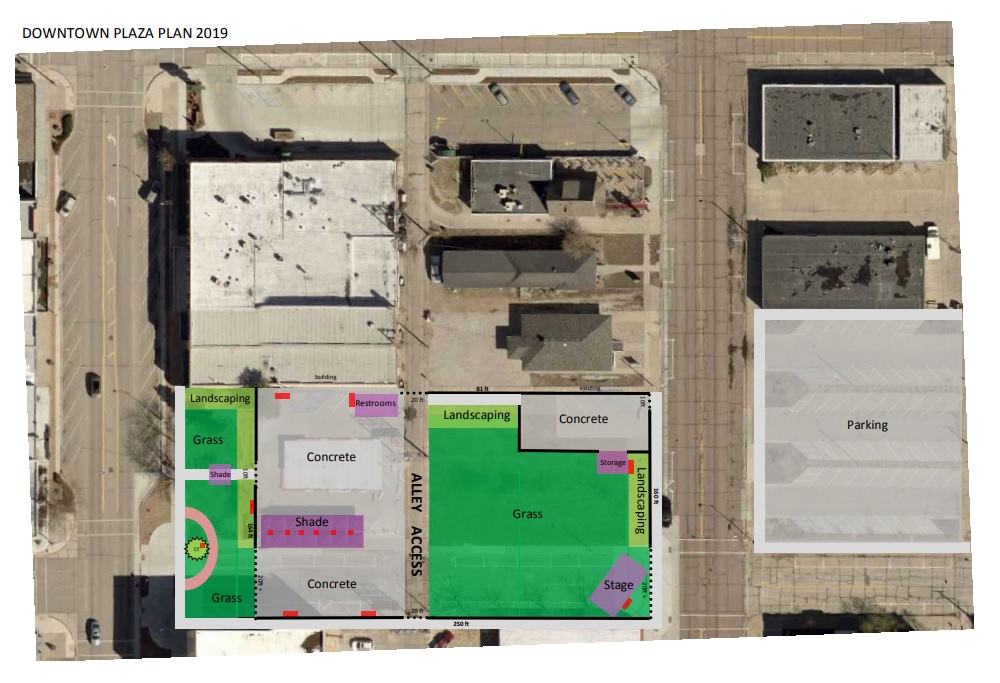 The Scottsbluff City Council on Monday approved a final plan for the 18th Street Plaza.

At just under $274,000, the plan that was approved is much less expensive than the nearly million dollar price tag for the original plan.

Business Improvement District President Angela Kembel told council members that, as opposed to the initial “Rolls Royce” plan that was originally proposed, this is the “daily driver” that will get them to a usable plaza for the community.

Kembel said while there could be more development at a later time in certain areas, for her as someone who has run the farmers market, and helped out with Bands on Broadway and other events in the space, it really looks to meet a lot of needs extremely well.

Kembel said the plan includes flattening out some of the hard surfaces like the old sidewalk curb along the former stretch of 18th Street that runs through the plaza.

They will also add electrical outlets, extend the grass areas, add a stage area, and will plant a community Christmas tree that will grow with us as a community.