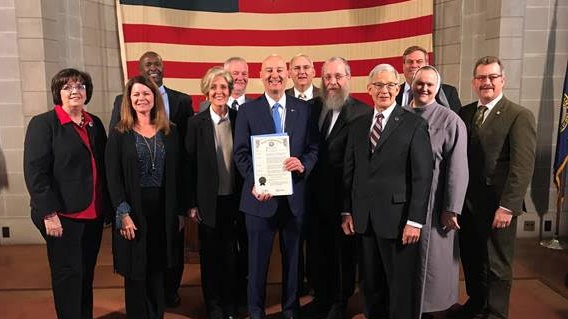 Governor Ricketts was joined at the ceremony by State Senators, faith leaders, educators, and representatives from the Nebraska Family Alliance and Nebraska Catholic Conference.  Religious Freedom Day is observed nationwide on January 16th, which is the anniversary of the 1786 passage of the Virginia Statute of Religious Freedom.

“Religious freedom is the first freedom listed in the First Amendment of the U.S. Constitution.  That’s no accident,” said Gov. Ricketts.  “Religious freedom is the cornerstone of a free society.  The Founders of the U.S. recognized the importance of religion to the health of our Republic.  They also knew that religion flourishes best when practiced without coercion.  Nebraskans are blessed with religious liberty, and they exercise this freedom by standing up for the most vulnerable, serving the disadvantaged, and seeking the well-being of their neighbors.”

The First Amendment of the United States Constitution reads: “Congress shall make no law respecting an establishment of religion, or prohibiting the free exercise thereof; or abridging the freedom of speech, or of the press; or the right of the people peaceably to assemble, and to petition the government for a redress of grievances.”

Article I-4 of the Nebraska Constitution recognizes that “All persons have a natural and indefeasible right to worship Almighty God according to the dictates of their own consciences.”

“Religious liberty is deeply rooted in the heart of America, and it is deeply rooted in the heart of every human person in our search for truth, meaning, and ultimately, for God,” said Tom Venzor, Executive Director of Nebraska Catholic Conference.  “Religious liberty allows us to serve the poor, educate the young, work for the common good, and so much more.  The Nebraska Catholic Conference is committed to working with fellow citizens and with Governor Ricketts, our state senators, and other elected officials to ensure that religious liberty is protected, defended, and celebrated in our state.”

“Religious liberty is our most foundational freedom, and a sacred human right we are committed to defending for all Nebraskans,” said Karen Bowling, Executive Director of the Nebraska Family Alliance.  “The First Amendment guarantees that no one, regardless of their beliefs, is punished by the government or coerced into retreating from civil and political life as the price for following their faith.  Today’s press conference and proclamation signing demonstrates the diverse and passionate support for religious freedom in Nebraska.  Nebraska Family Alliance is proud to stand alongside Governor Ricketts today in support of this irreplaceable American freedom.”

In the United States, small business owners from florists to bakers have been harassed for conducting their businesses in accordance with their religious convictions.  The Supreme Court’s June 2018 ruling in Masterpiece Cakeshop v. Colorado Civil Rights Commission provided much-needed reaffirmation of the right to religious freedom in America.  Even so, the right to religious freedom requires vigilant defense.

While religious freedom is generally respected in the United States, religious persons around the globe face harsh persecution for their beliefs.  Just before Christmas, the People’s Republic of China (PRC) launched a crackdown of Chinese house churches.  The PRC also continues its mistreatment of Uighur Muslims.  On December 18th, the U.S. State Department named Burma, Eritrea, Iran, North Korea, Pakistan, PRC, Saudi Arabia, Tajikistan, and Turkmenistan as Countries of Particular Concern in light of their violations of religious freedom.  The 2019 Report from the United States Commission on International Religious Freedom is available by clicking here.

More information regarding Religious Freedom Day can be found at www.ReligiousFreedomDay.com. 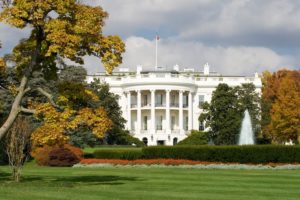 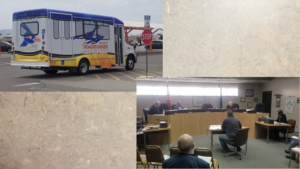 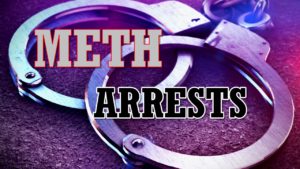 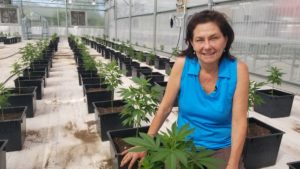