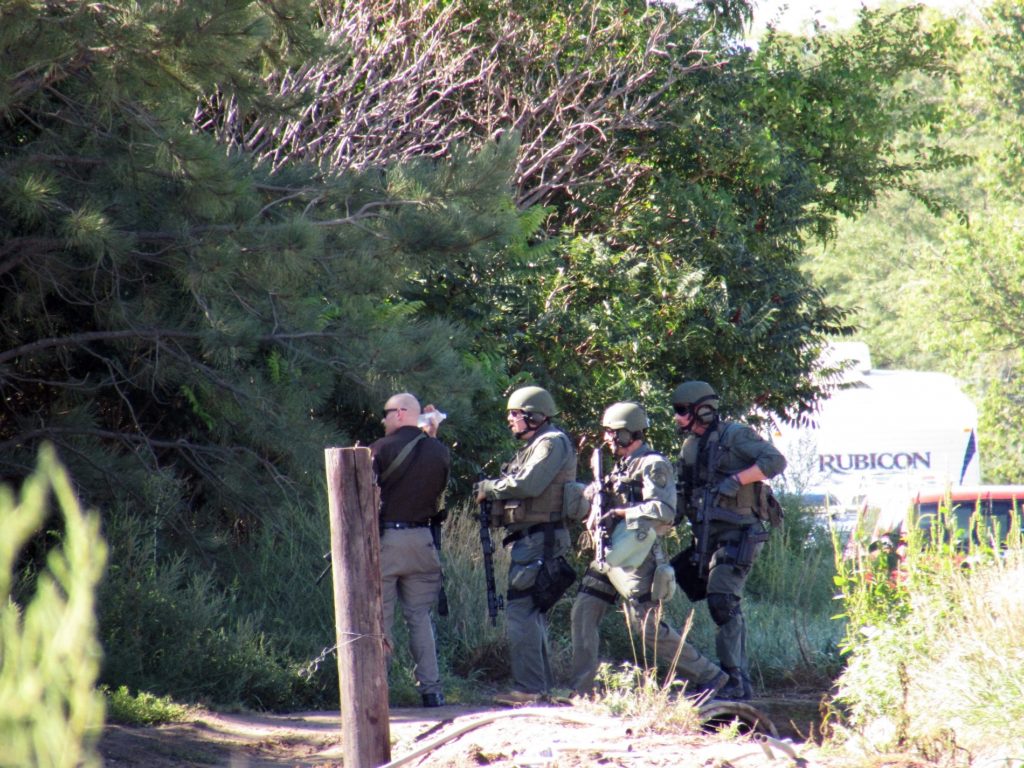 In the aftermath of an 11-plus hour standoff on the west edge of Scottsbluff, authorities have announced that the threat was real.

On Saturday, 65-year-old war veteran Daniel Converse was arrested on two counts of Terroristic Threats following a lengthy standoff. During negotiations, Converse said that he had a grenade and authorities worked to ensure it did not detonate.

Today, Scotts Bluff County Sheriff Mark Overman says that they seized a live, WWII era Russian hand grenade- which was found within a few feet of where Converse was taken into custody.

Converse made his first appearance Monday afternoon on the charges, and bond was set at $50,000 at 10%.