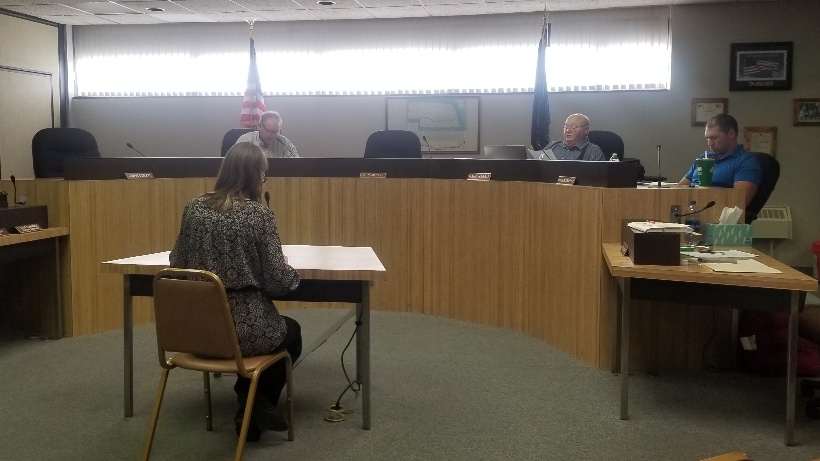 Scotts Bluff County Commissioners received an update on damage costs from the August hail storms that hit the area, and the figure wasn’t small.

Management Accountant Lisa Rien told commissioners last night that the Nebraska Intergovernmental Risk Management Agency, or NIRMA, provided a recent update on storm damages across the state, and for Scotts Bluff county from that one storm the damage to county-insured properties came in at about $6 million. She says the detention center took some damage, as did the Western Nebraska Regional Airport, which is on the County’s policy.

Rien says fortunately, the policy with NIRMA has a very low deductible, about $2,000 per instance, so there should be minimal impact on County finances. “Our deductibles are pretty low, I’m saying about $2,000 per incident is my understanding. So NIRMA is going to help us through this,” says Rien. “Chances of getting it done this year are probably slim, as we’re already expecting snow.”

She also says the county received a $36,000 dividend back from NIRMA out of about a million dollars in excess premiums returned to members.

In other action by the board, commissioners named Daren Knepper as the interim Public Defender, taking over for the retiring Bernard Straetker. As of Monday, there had yet to be any applications for the pending opening submitted to the county, however the board was told there was at least one existing member of the Public Defender’s office considering a submission.  A reception for Straetker takes place Oct. 18 from 2 to 4 p.m. in the commissioners meeting room.

NU Falls in Final Seconds at No. 24 Rutgers