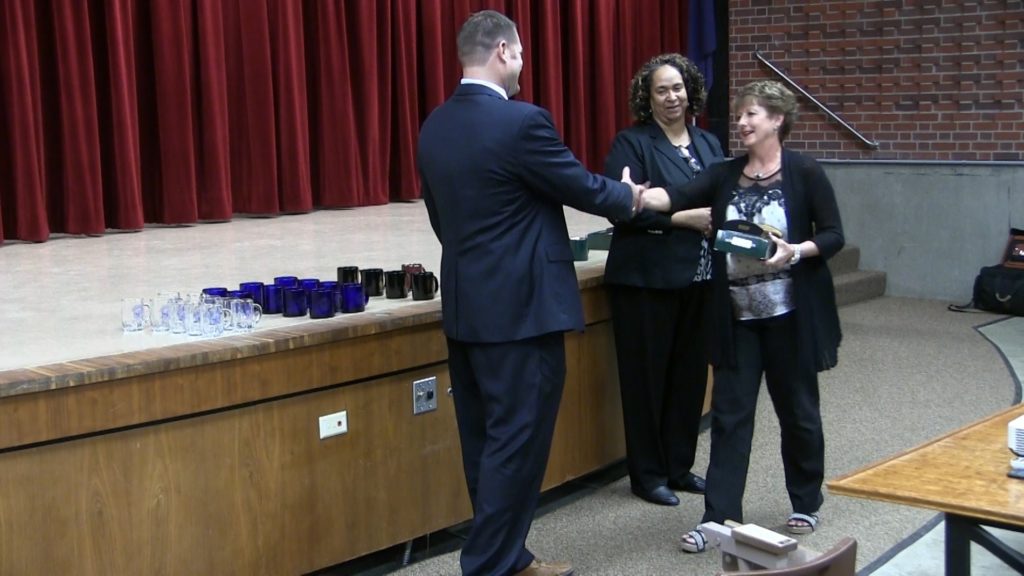 Local state employees who have recently reached a milestone in years of service with the state were honored today in a brief ceremony at the Panhandle Research and Extension Center.

Jackson told KNEB News the Ricketts administration values the 18,000 state workers across Nebraska, who he said are doing great, innovative work that is making a difference in their communities.

The awards for were for increasing five year increments of service. Kathy Behling received an award for 45 years of service with the Nebraska State Patrol, the longest term of employment honored during the ceremony.