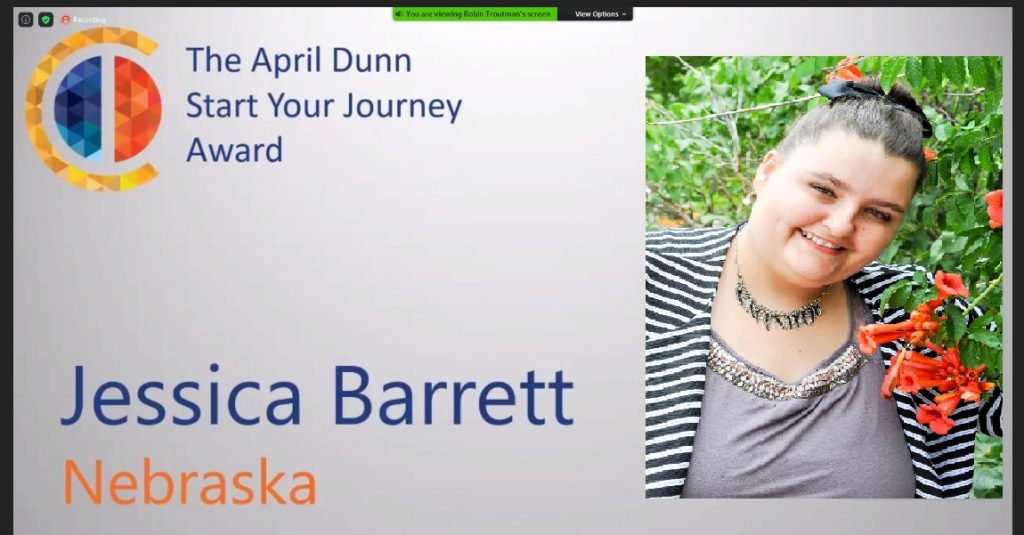 The National Association of Councils on Developmental Disabilities has honored a Morrill native as one of their two national advocacy awardees.

Jessica Barrett was recognized Thursday as the winner of the April Dunn Start Your Journey Award during the NACDD’s Annual Conference.

That annual award recognizes an up-and-coming advocate who has been making their mark in the state and is now engaging more on the national scene, and Barrett says she’s truly honored for the recognition.

Executive Director Donna Meltzer says Jessica is a promising young self advocate, who has joined leadership roles on both the Nebraska Council on Developmental Disabilities … as well as the People First of Nebraska’s State Board, which is Nebraska’s only state organization run by and for people with disabilities.