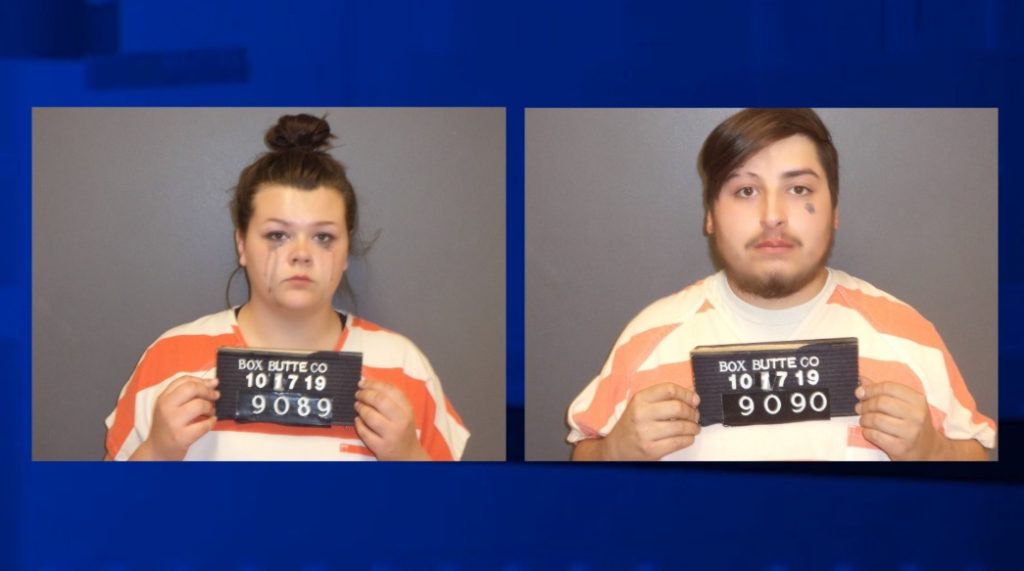 A couple from Ogallala is facing drug and weapons charges following a traffic stop in Box Butte County last month.

Court documents say they were pulled over for speeding on Highway 385 on October 17th, and when troopers approached the vehicle detected a strong odor of marijuana coming from the car.

The couple, their 2-year-old daughter, and two other passengers exited the car, and troopers found a stolen, loaded, Smith and Wesson Handgun under the passenger seat, and more than one pound of marijuana in the trunk.

Both Steen and Vasquez denied knowing anything about the marijuana, and when Steen was asked about the gun, the toddler immediately stated, “That’s Daddy’s gun.”

Both were arrested, and will be back in court on November 18th for their Preliminary Hearing.