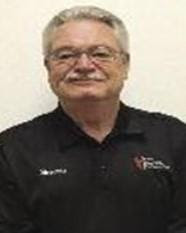 Stan Bills
Stan Bills, Executive Director of the Snow-Redfern Foundation, prepares to retire in April after over thirty-one years of leadership with Snow-Redfern Foundation, previously known across the state as the Nebraska Boys Ranch. Perpetuating the mission of Snow-Redfern Foundation, Bills also leaves a legacy through his personal connection to over 3,500 youth during his career in education and group home care.
During Stan’s tenure, Snow-Redfern Foundation, including the Nebraska Boys Ranch, experienced change, challenge, and triumph, which Stan astutely navigated the organization through time after time. His commitment to youth has remained steadfast throughout his years of service, and even into his retirement. In May, Stan will transition into a consultation role with the Foundation, dedicating time and attention to documenting and archiving the rich legacy of Arvilla Snow-Redfern, founder of the foundation and the Nebraska Boys Ranch in Alliance, NE. Like Arvilla, Stan’s passion for serving youth has had an impact on a multitude of young people across the state, many of whom remain in contact with the man they affectionately still refer to as “Mr. Bills”.
Stan also touched the lives of many colleagues over the years, including long-time Ranch employees, Steve and Amy Gullion. “We have known Stan for 35 years and at our first meeting, the interview for the houseparent job at the Ranch, Stan’s passion for helping kids was so evident. He not only was a mentor to the boys, but to the staff, as well.  No matter if the problem was big or small, Stan always looked at the positive and made it into a teaching moment for the boys and staff!”
“Stan has set a vision that will allow the foundation to thrive far beyond his tenure,” said Susan Unzicker, President of the Board of Directors. “By sharing his retirement plans with us early on, Stan allowed the board the time to very thoughtfully select a path forward, including the identification of his successor, Sara Nicholson. We feel that it was very important to have a plan for identifying someone that would share Stan’s passion for youth as well as the skills to lead the organization into the future. Sara’s experience and expertise made her our choice for Executive Director”.
Stan Bills is retiring after 50- years of vehemently serving youth, as a teacher, therapist, administrator and leader. In addition to his Executive Director role at Snow-Redfern Foundation, Stan has served in leadership roles on countless boards, committees, church affiliations, and statewide organizations, including the Nebraska Group Home Association and the Nebraska Fraternal Order of Eagles-Eagle Riders.
“Stan is very passionate in helping Nebraska Youth from the time of the Nebraska Boys Ranch to the Snow Redfern Foundation. When you think of Stan you think of someone who has touch and changed so many lives of so many people over his career.”, shared board Treasurer and long-time supporter of the Snow-Redfern Foundation, Ken Thompson.
Stan’s wife, Cheryl Bills, has been one of Stan’s strongest supporters, stating, “in the 25 years I have known Stan, I have become a better social worker and person, because of him”.
Snow-Redfern Foundation is a non-profit, public foundation that provides grant funding to Nebraska organizations that serve at-risk or disadvantaged youth. Though the Nebraska Boys Ranch no longer exists, the foundation has since been committed to impacting thousands of Nebraska youth in alignment with Ms. Arvilla Snow-Redfern’s wishes to “express good will and the desire of all of us to help those who need a home, encouragement and training for the time when they shall be called upon to meet the world as they shall find it.”
Those wishing to recognize Stan’s years of service and to share a story are cordially invited to attend his retirement party on April 22nd from 5:00 pm to 7:00 pm at the West Side Events Center in Alliance, Nebraska.
© 2020 Nebraska Rural Radio Association. All rights reserved. Republishing, rebroadcasting, rewriting, redistributing prohibited. Copyright Information
Share: