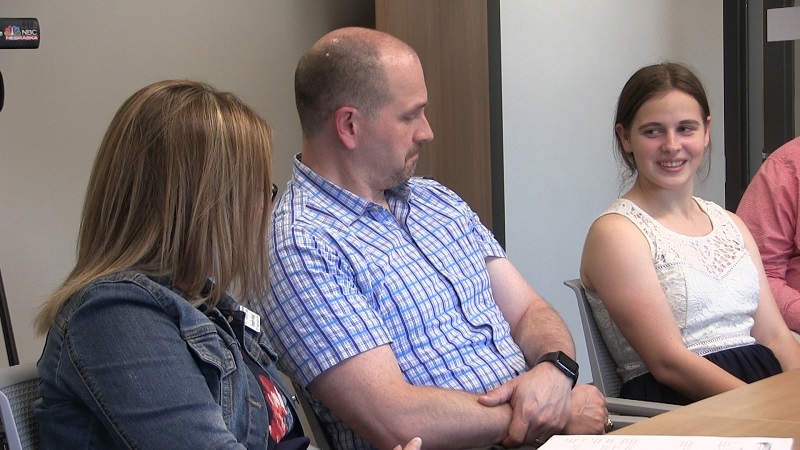 As the school year winds down, one student at Scottsbluff High School received word she’s achieved a unique status among students across the state.

Junior Katherine Reisig, the daughter of Scott and Jennifer Reisig, attained a perfect score of 36 on the ACT test she took in April.

During the Scottsbluff Schools Media Luncheon Tuesday, Katherine recounted how she found out about the score, when she was summoned to the Principal’s office. “I thought ‘Did I park somewhere I wasn’t supposed to park?’ And then I walked in, and all the counselors and principals were in here and they had me take a seat,” said Katherine, “And that’s when you get really nervous, right? They told me about the score, and it really didn’t set in at first.”

Mom Jennifer says her daughter was a handful when she was much younger, but an elementary teacher realized Katherine needed more and created separate math and reading programs for her. “I think it was that math curriculum, and the fact that all of a sudden she was just able to take off.”

Katherine says she’s looking at colleges such as MIT or Carnege-Mellon after graduation, but wherever she goes, she wants to study STEM classes and be involved in the arts.