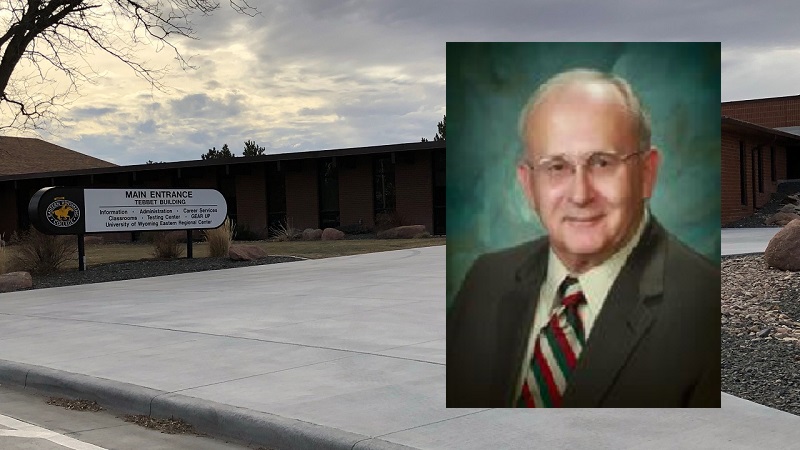 Torrington Mayor Randy Adams has been appointed to fill a vacancy on the Board of Trustees for Eastern Wyoming College, filling the seat opened up by the resignation of Mary Fisher.

Adams has lived in the community for nearly 50 years, taught and coached for 35 years in local schools, served as a City Councilman for 19 years and is currently the Mayor of the City of Torrington. He graduated from the University of Wyoming in 1970 with a degree in Education and minors in Political Science and Art. He owns and operates a 500 acre wheat, corn millet, and livestock farm.

He is a published author of two Wyoming History textbooks, a coloring book, and two children’s novels. Adams has also researched and provided written documents for the University of Wyoming, Bureau of Land Management, Wyoming State Parks, the Grace Dangberg Foundation, Johnson Publishing Company, Land-handler magazine and is currently serving in an advisory capacity for a number of publishers in the area of Wyoming History and history of the Frontier west.

“I am pleased to have the opportunity to serve as a trustee at Eastern Wyoming College. I welcome the challenge to participate in the excitement that EWC brings to Torrington, Goshen County and eastern Wyoming and I am humbled by the opportunity and the responsibility ahead of me. I look forward to learning and growing with EWC,” said Adams.

“Since Mayor Adams was elected, EWC has worked with him on several projects and agreements,” said Dr. Lesley Travers, President. “He will be a great addition to the board of trustees.”

Adams was sworn in at the September 10th meeting  following his selection and immediately began his term.