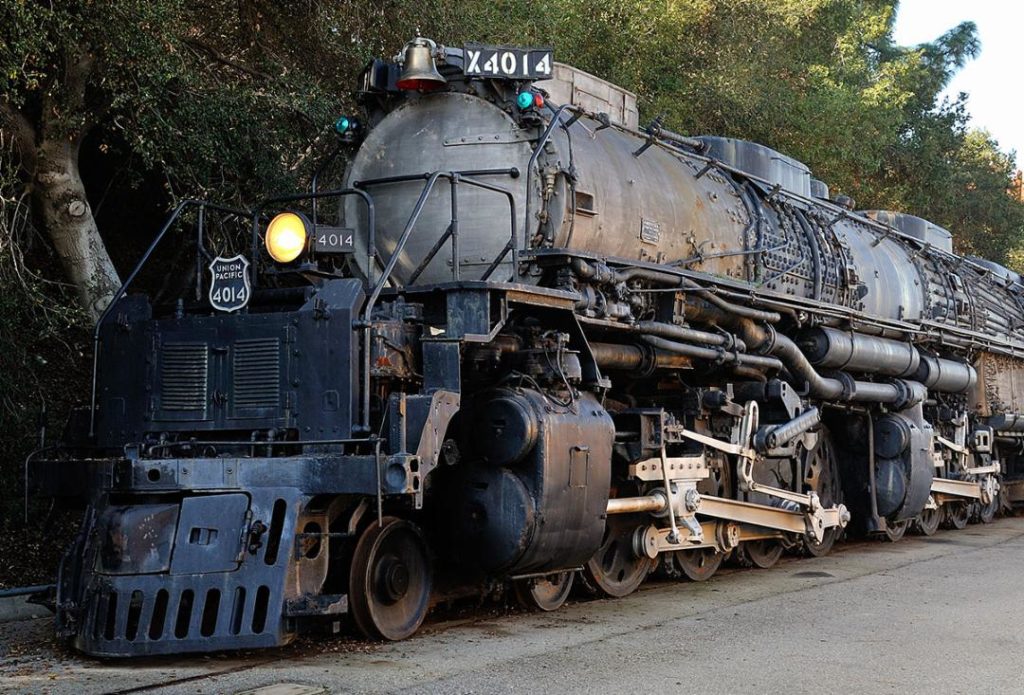 Union Pacific announced the commemorative tour schedule for its historic steam locomotives, Big Boy No. 4014 and Living Legend No. 844. The iconic steam locomotives will join together in a public display for the first time May 9 in Ogden, Utah, during Union Pacific’s celebratory event marking the transcontinental railroad’s 150th anniversary. The festivities include recreating the iconic photo taken May 10, 1869, when the last spike was tapped into place at Promontory Summit, creating America’s first transcontinental railroad. Union Pacific no longer has tracks near Promontory Summit. They were removed to support the scrap metal projects during World War II.

“Completing the transcontinental railroad was a major feat that united America and laid the foundation for the country’s growth, economic progress and improved the way of life,” said Scott Moore, senior vice president – Corporate Relations and chief administrative officer. “The restored steam engines are rolling pieces of history that take us back in time as we celebrate this momentous anniversary. We’re excited to share No. 844 and No. 4014 with our communities, and invite generations to join us along the tour.”

No. 844 will leave Cheyenne, Wyoming, April 27. It will make several brief stops called whistle-stops in communities along its route, arriving in Ogden on April 28. The Living Legend will be on display at Ogden Union Station through May 11.

The Big Boy’s return follows more than two years of restoration. Of the eight still in existence, No. 4014 is the world’s only operating Big Boy locomotive. It will leave Cheyenne May 4 following a 9:30 a.m. MT christening ceremony at the historic Cheyenne Depot and arrive in Ogden for the May 9 celebratory event at Ogden Union Station. The Big Boy also will make several whistle-stops in communities along its route.

A comprehensive tour schedule, including No. 844 and No. 4014 GPS location tracking information is available at https://www.up.com/heritage/steam/. Due to the dynamic nature of these operations, running times and scheduled stops are subject to change.

The 150th anniversary celebration will continue throughout the year with No. 4014 visiting many states across the Union Pacific system. A tentative schedule with tour locations and dates will be published in the near future.