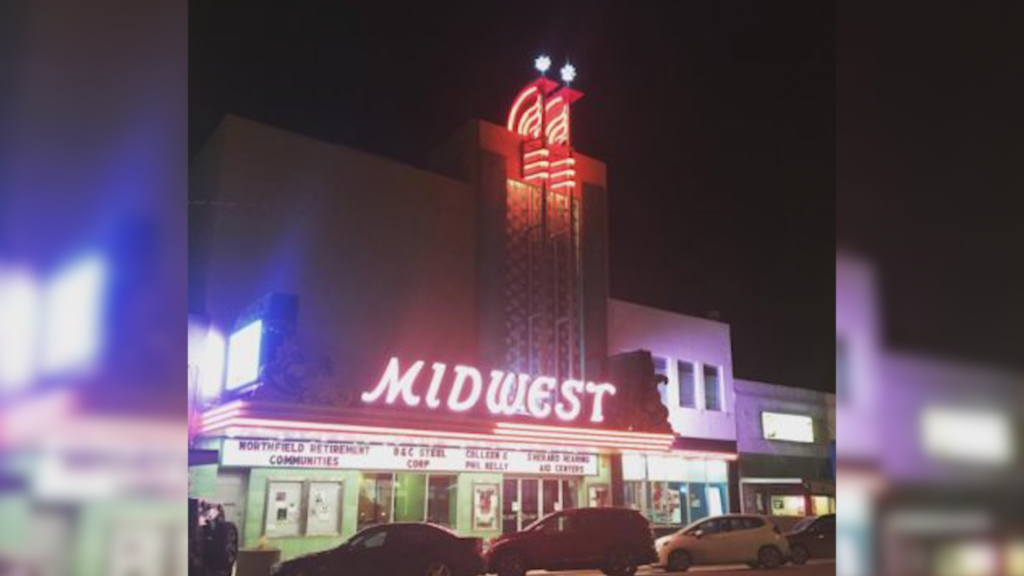 A new and unique fundraiser is underway and will culminate this weekend to benefit the Midwest Theater’s efforts to repair damage to their marquee, which became worse due to the Thanksgiving holiday storm.

Executive Director Billy Estes says the 73-year-old marquee, which had suffered damage earlier this year from a small electrical fire and severe hailstorms, almost lost a letter on the west side due to the high winds and metal fatigue. The letter ‘S’ was hanging dangerously over the sidewalk after the storm, and Ferguson Signs was able to eliminate the hazard by pushing the letter back against the overhang.

The City of Gering’s “Christmas in the Plaza” event Dec. 7 will feature a “Wreck It to Raise It” fundraiser with a gingerbread Midwest Theater created by KT Bradshaw, and City Engineer Annie Folck says you get a chance to decide how it should be destroyed. “Think snowblowers, think chainsaws, it’s going to be really fun,” says Folck, “And so we’ll have a handful of ways we can let people can vote on, and at the end of the night we’ll take that gingerbread house and take it down.”

You can vote on the method of destruction now by calling the theater to donate at (308) 632-4311, stop by the office or go online to vote and donate to the Midwest Marquee fund at the theater’s website.  You can also donate and vote at the Gering event prior to the demolition of the “mini-Midwest”.

Estes says donations will not only help pay for marquee repairs but also serve as matching funds for grant applications.