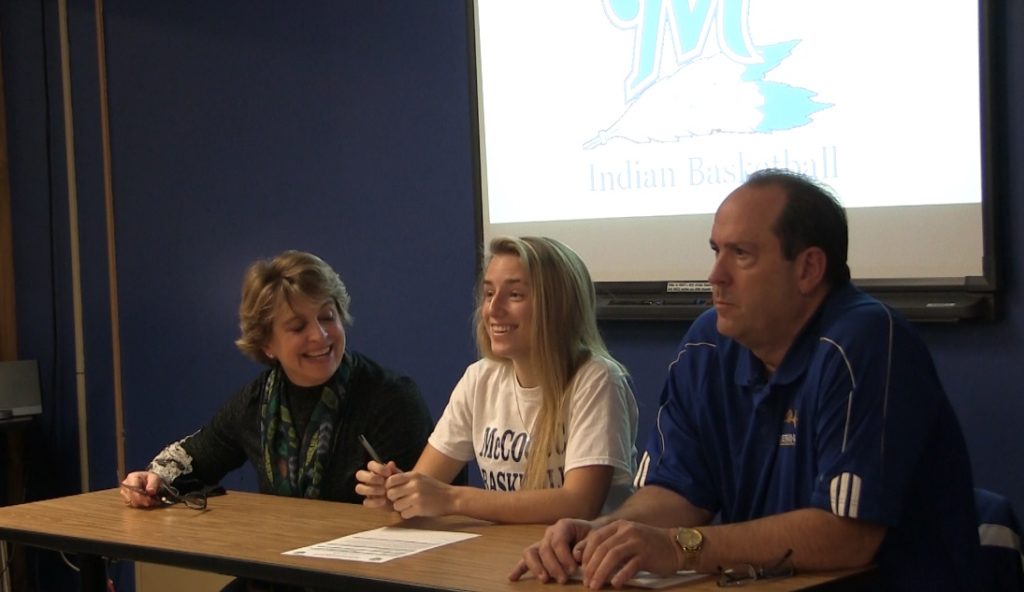 A love for the game has turned into a chance to play at the next level for Gering High School senior, Kelly Snelling.

On Monday afternoon at GHS it was Snelling signing to attend school and play basketball at McCook Community College.

There were some other schools that Snelling was looking at as possibilities including Southeast C.C. in Lincoln, Laramie County C.C. in Cheyenne, and Chadron State College. She added she had some interest from schools looking at her to play softball.

Snelling has been one of those players that’s really worked for her opportunity in college and she also gives credit to coaches Adam Freeburg (former head coach), Steve Land (current head coach), and Rick Winkler (former assistant coach).

The Gering girls team got off to a 2-1 start over the weekend in the Western Conference Tournament, falling to Sidney in double overtime before picking up wins over Alliance and Sterling CO.

Snelling has been a major contributor early on, averaging 17 point per game and she’s been consistent with that scoring output with games of 15, 15, and 21 points.

The Gering girls and boys teams have a doubleheader at Mitchell on Thursday before playing at home against Alliance on Friday.