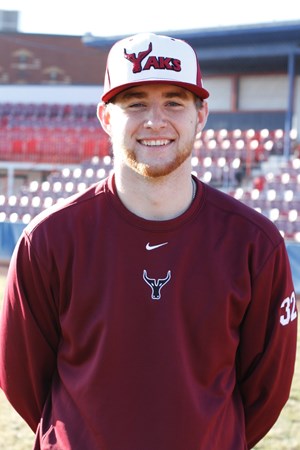 Sires is currently a assistant coach at Yakima Valley Junior College in the state of Washington.

KNEB Sports caught up with Coach Sires yesterday over the phone to talk about his decision to take the job, how it came about, and much more.

“Ryan has some big shoes to fill as he joins us for year three,” Pioneers owner Chuck Heeman said. “Jimmy’s on-field success during our first two seasons was among the best in North America and we wish him well in the next step in his coaching career. But a new chapter starts now and we are thrilled to have Ryan with us on the next part of our journey.”

A native of Union Gap, Washington, Sires graduated from Eisenhower High School and went on to play at Yakima Valley. He then coached at Eisenhower as a varsity assistant and head coach of the freshman team. In the summer of 2016 Sires coached with the American Legion AAA-level Yakima Beetles and also coached with the CWBC Hawks and River City Athletics before moving to Yakima Valley College’s coaching staff.

You can read about more on Sires and this story with the original press release story from the Pioneers by CLICKING HERE.