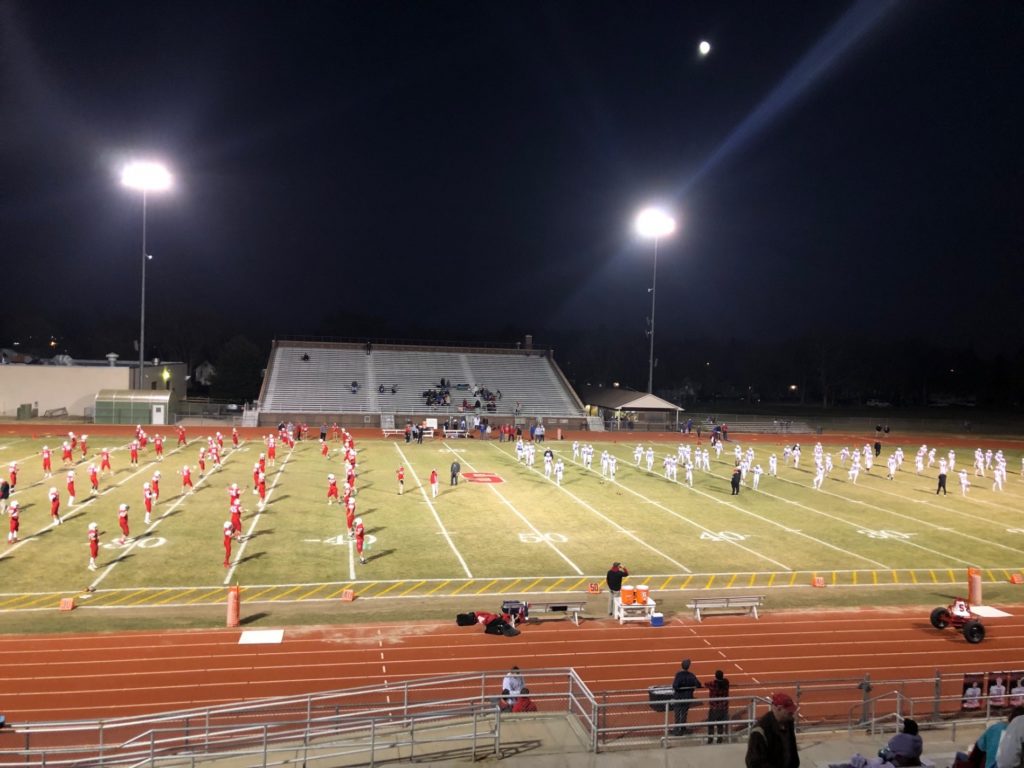 It was a vintage Scottsbluff.

With a trip to the Class B semifinals on the line Friday night at Bearcat Stadium the Bearcats came up with an outstanding effort in a 49-28 win over the Norris Titans.

Led by the healthy return of star quarterback Sabastian Harsh and their veteran offensive line, Scottsbluff ran the ball 69 times for 444 yards and seven touchdowns.

The incomparable Harsh, after missing a game and a half with a knee injury, returned to carry it 43 times for 275 yards and five touchdowns.

After falling behind early 7-0 the Bearcats scored 21 answered points to lead at halftime 21-7.

They’d tack on an early touchdown in the third quarter to go up 28-7 and this one was never in question from that point forward.

Scottsbluff threw only four passes on the night as they set up what should be an epic showdown in the state semifinals on Friday night.

Up next is a date in Omaha with Roncalli Catholic.

In last year’s quarterfinal game at Bearcat Stadium, Scottsbluff beat the Crimson Pride 62-36 in a game that saw some wild swings of momentum.

Roncalli got off to a fast start and led by three scores but then their star quarterback, Jack Dotzler, went down with a nasty wrist injury and the Cats not only mounted a huge comeback but they turned the game into a second half blowout on their way to the state title game.

This matchup has all the makings of one of the best games in the state this season.

The Rural Radio Network will have coverage on 106.9 The Trail and kneb.com starting at 4:45 MT with kickoff scheduled for 5 pm.