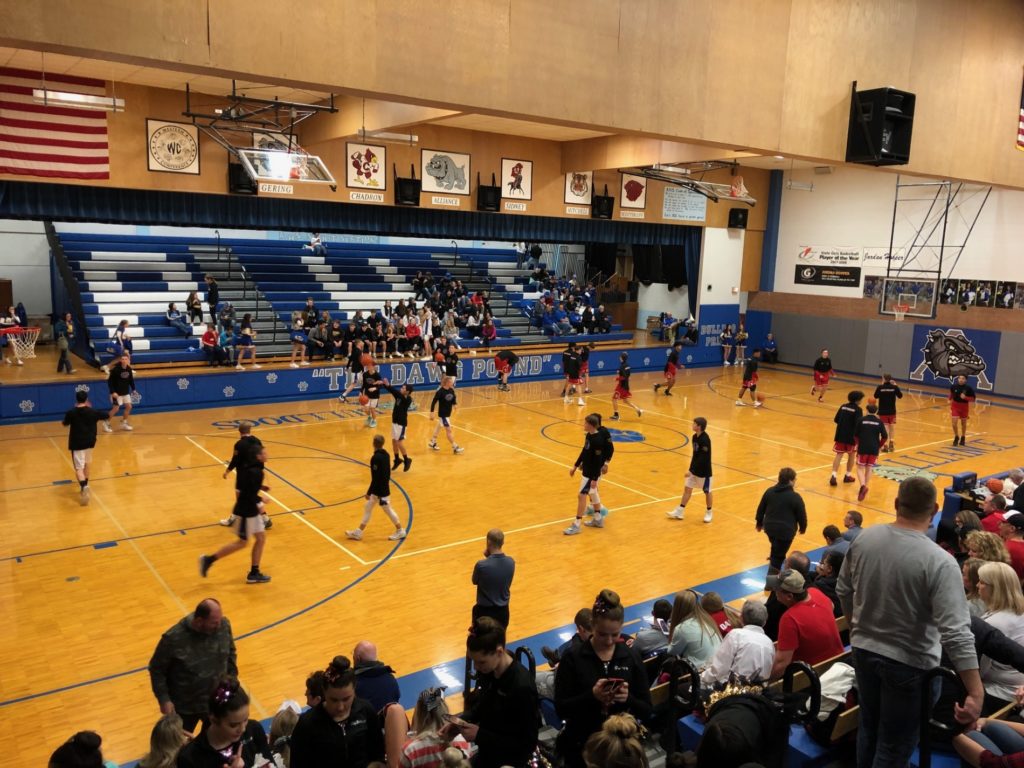 This gym will be even wilder tonight.

Monday night was opening night of the boys B-8 Subdistrict Tournament at Alliance High School.

The nightcap provided all the drama as Scottsbluff scored a late basket with about seven seconds to play to earn a 51-50 win over Gering.

The scene was wild in the closing seconds. Gering led by one but it was the Bearcats inbounding the basketball with a chance to take the lead.

Gering had four guys hit double digits; Riley Schilz finished with a team high 12 points while Bryce Sherrell and and Kolten Ebbers each tallied 11 and Horst finished with 10 points on the night.

Here’s what Gering head coach Rick Winkler had to say on the postgame show.

Scottsbluff will play Alliance tonight in the championship game starting at 6:30.

Alliance moved into tonight’s matchup with a 76-45 win over Sidney.

Mason Hiemstra led the Bulldogs with 16 points while Joel Baker and Corbin Stark each had 13.

Scottsbluff has won two of three against Alliance this season; 54-36 in the Western Conference Tournament, and earlier this month 59-54 at home.

Alliance got their win over Scottsbluff at home back on December 20th by the final of 60-50. That win snapped a 25 game losing streak to the Bearcats.

Currently Alliance is 9th in Class B power points and with a win tonight they’ll host a district final as a top 8 seed on Saturday. This game is huge for Alliance.

Scottsbluff will be on the road this weekend regardless of outcome tonight but a win will improve their seeding just a bit.