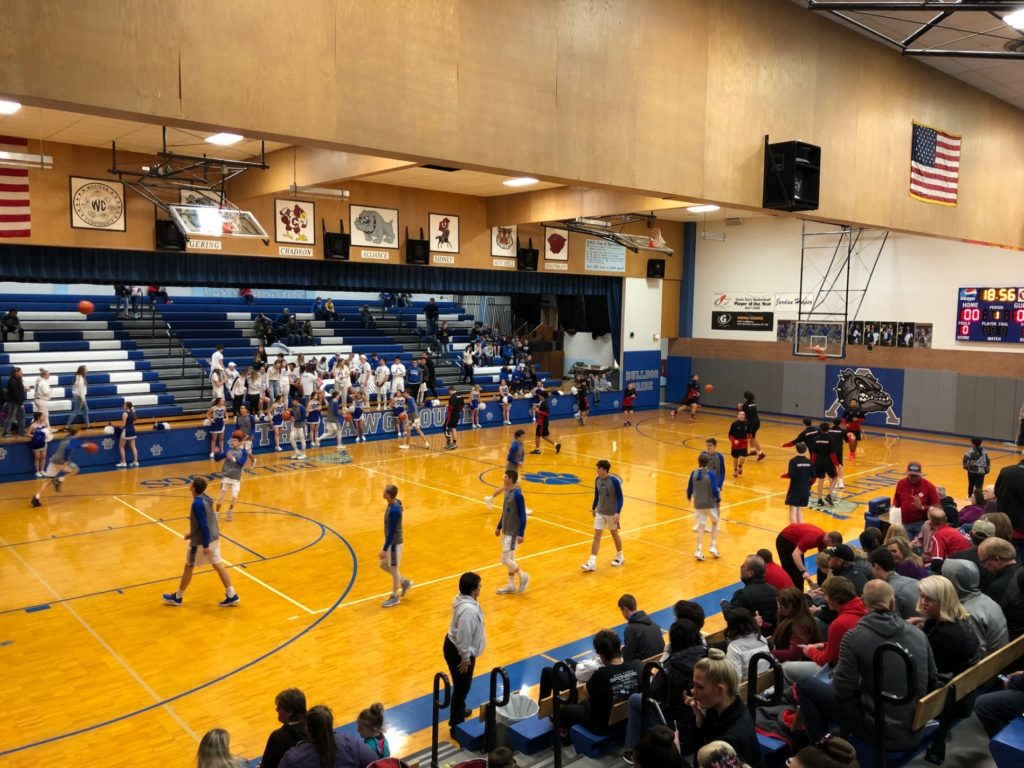 With the B-8 Subdistrict Tournament title on the line last night a senior stepped up big for Scottsbluff.

Conner McCracken posted a monster double-double with 28 points and 10 rebounds as Scottsbluff won on the road over Alliance 53-49 to win the subdistrict.

Another big positive for Scottsbluff was the defensive end of the floor. Team defense was huge as they held Mason Hiemstra, who averages 23.5 points per game, to just 15 on the night. Hiemstra had just four field goals in the game.

One sequence that really stood out was a player decision that paid big dividends. On what Alliance hoped would be the final possession of the third quarter, once Hiemstra started to initiate the offense it was Jasiya DeOllos making a basketball play. DeOllos left his man and ran to double team Hiemstra, who was forced to make a pass and Chance Parker read it perfectly and jumped the passing lane for a steal and took it coast to coast for a layup to stretch the lead from three to five points.

In a four point game that type of defensive possession can make the difference between a win and a loss.

Scottsbluff has now won seven straight games to improve to 13-10 on the season while Alliance dropped to 18-6.

The loss for Alliance was huge as they’ll now have to play on the road in a district final on Saturday. Had Alliance won last night they would have hosted a game on Saturday.

Scottsbluff is scheduled for a game on Saturday at Seward in the B-6 district final but with weather now a major concern don’t be surprised if this game gets moved to early next week.

Alliance will play at Mt. Michael Benedictine on Saturday in the B-8 final starting at 2 pm CT/1 pm MT (but again, we’ll see what weather does to this game also).