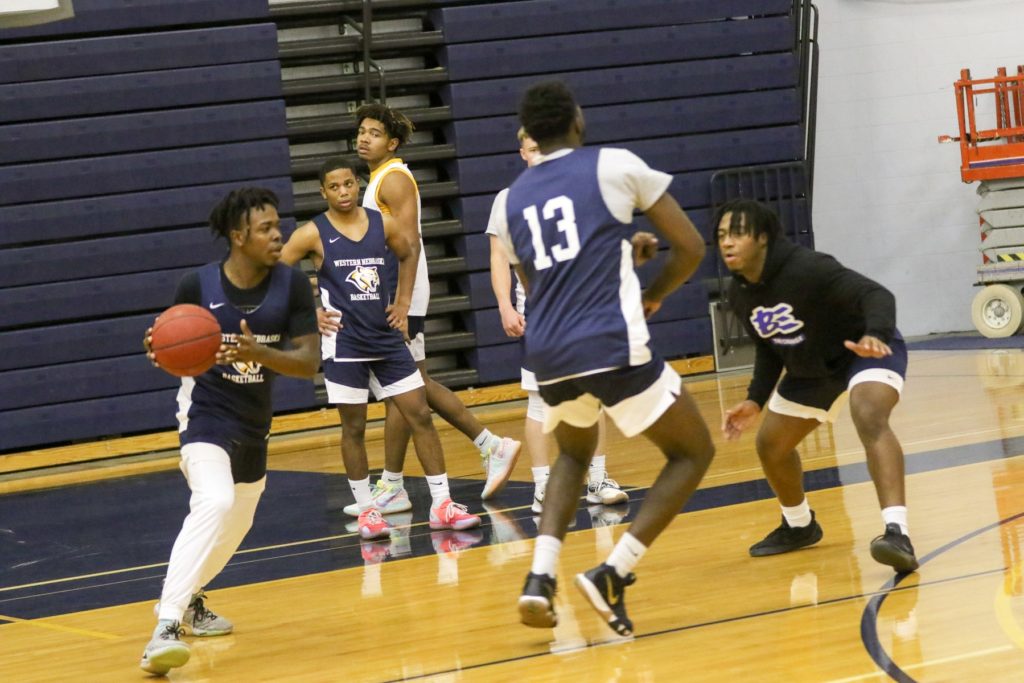 SALT LAKE CITY – The Western Nebraska Community College and College of Southern Idaho men’s basketball team battled in a contest that wasn’t settled until the last second of the contest when the Golden Eagles sank a ¾ shot trey for a 60-57 win Friday night in Region 9/18 Challenge in Salt Lake City, Utah.

CSI led 30-26 at halftime and then the Cougars came back in the second half and outscored the Golden Eagles 31-30. WNCC had a lead late at 57-56. CSI converted one of two free throws to tie the game.

WNCC came down with nine seconds left and missed a shot with about four seconds to play. CSI got the rebound and that was when the Golden Eagles took a last second shot from over the halfcourt line that went in for the win.

The Cougars finished with 34 rebounds on the night, led by Smith with seven and Kenny Strawbridge with six.

WNCC, 2-2, will be back in action Saturday when they face Salt Lake Community College in the second day of the classic. No. 13 Salt Lake fell to No. 22 Casper College 92-89 in overtime.