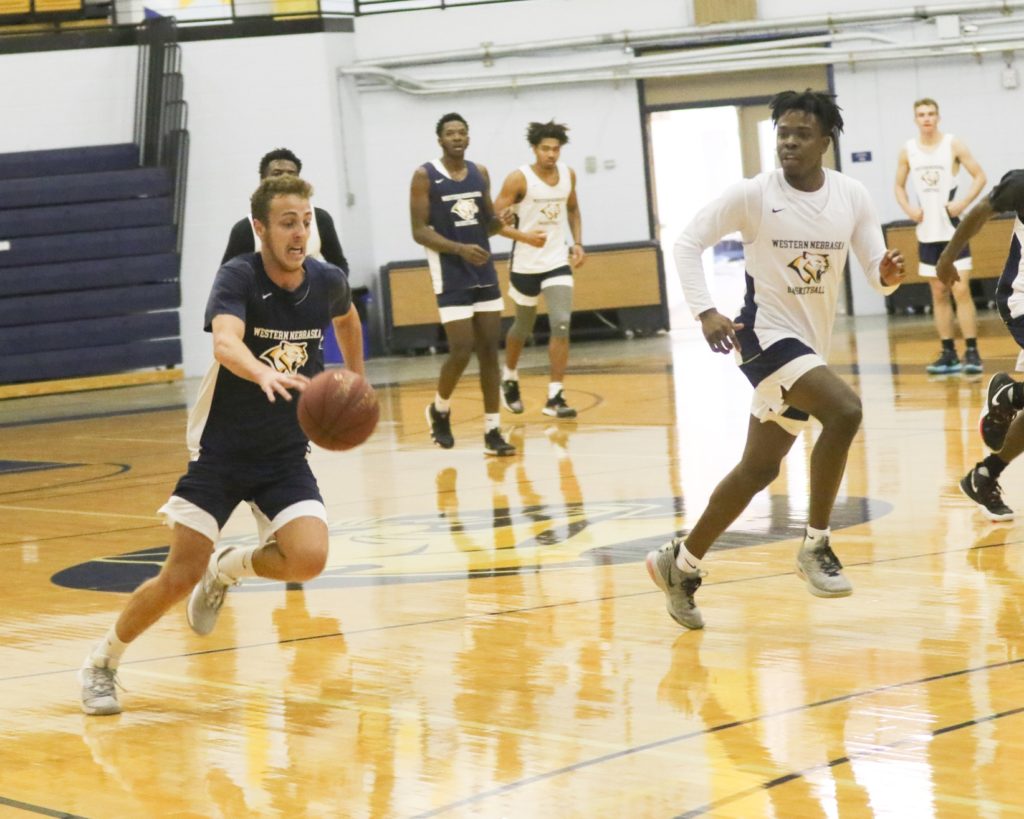 After five games on the road, the Western Nebraska Community College men’s basketball team will be at home for the first time to face Laramie County Community College on Tuesday, Nov. 12 at 6 p.m. at Cougar Palace.

Tuesday’s home-opener is a stretch of five straight home contests and nine homes out of 10 through the rest of the semester.

WNCC is coming into the home opener off a road swing the past two weeks that saw the team go 2-3 with wins over Central Wyoming College 100-86 and Sheridan College. 84-73.

This past weekend, the Cougar men played well but were just on the other side of picking up wins in the Region 9/18 Challenge. WNCC lost to College of Southern Idaho on a ¾ of a court buzzer beater to fall 60-57. WNCC then lost to No. 13 Salt Lake Community College 101-92 after leading the Bruins 44-42 at halftime.

LCCC enters the contest at 1-3 after falling twice over the weekend at McCook Community College 82-56 and then North Platte Community College 72-65. LCCC only win was an 84-82 win over Utah State-Eastern in the Golden Eagle Tip-off Shootout on Nov. 2.

LCCC is averaging 71.8 points a game and shooting 37 percent from the field. The Golden Eagles have connected on 32-of-95 3-pointers this season.

WNCC is averaging 81.6 points a game through five games and shooting 46.8 percent from the field and 34 percent from beyond the arc.

Four players average in double figures for the Golden Eagles. Erik Oliver leads the team with a 19.8 average through four games. Oliver is an 81 percent free throw shooting.

WNCC is led by Teddy Allen, who leads the nation in scoring at 30 points a game. Allen had connected on nine 3-poitners and is an 89.2 free throw shooter (33-of-37). Allen is shooting 48.8 percent from the field.

WNCC has two other players averaging double figures. Jordan Smith, a freshman, is averaging 13 points a game, while Kenny Strawbridge, a sophomore transfer from the University of Missouri-Kansas City, is averaging 12.2 points a contest.