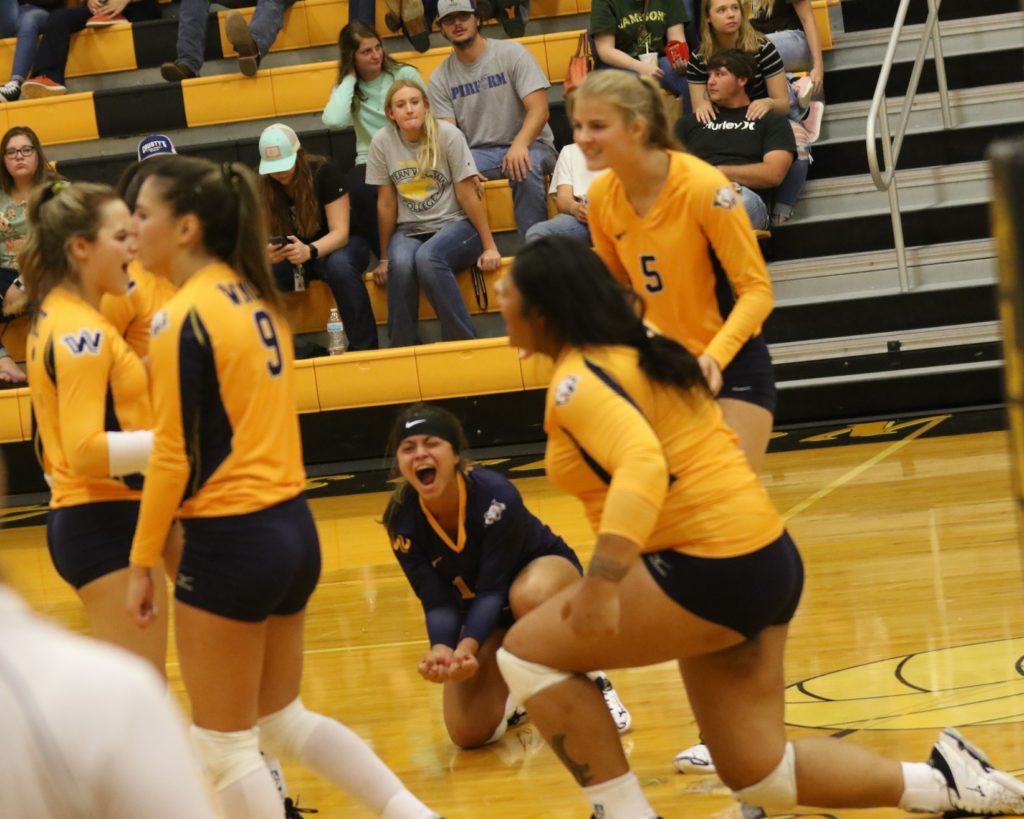 The Western Nebraska Community College volleyball team will bring a 3-match winning streak into its home opener on Tuesday in a battle of Highway 26 teams when Eastern Wyoming College comes to Cougar Palace.

Adia Sherbeyn, a sophomore defensive specialist for the Cougars from Torrington, Wyoming, said the team is looking forward to the home opener.

“We are so excited [to open at home],” Sherbeyn said. “We have been practicing really hard all week. We are just super excited to get to this game.”

WNCC and EWC faced each other a couple weeks ago and the Cougars earned a hard-fought five-set victory over the Lancers 25-15, 25-18, 23-25, 21-25, 15-9 on Aug. 27. In that contest, WNCC had three players finish with multiple kills led by Karen Cordero with 18 followed by 12 each from Luisa Beining and Leslie Mamai-Lagafuaina. Mamai-Lagafuaina also had nine blocks, while Andrea Tsvertanova tallied 40 set assists.

The Lancers were led by Vanja Pzzuij with 12 kills followed by 10 kills from Tina Betham. The Lancers forte in the first encounter was their backrow where they had three players tally double-digit digs, led by J’Adore Hayes with 11 followed by 10 each from Alexis Trowbridge and Przuij.

Sherbeyn said they know what they are up against after seeing EWC earlier this season.

“We know that when they are on, they are on,” she said. “So, we can’t play with them, we have to play the way we know how to play and really get after it.”

“We have a lot of momentum. What we are doing right now really works,” Sherbeyn said. “Coming off the win from LCCC gives us a lot of confidence in ourselves.”

WNCC are led by outside hitters Cordero and Beining. The two freshmen have pounded home 107 and 101 kills already this season. Right behind is sophomores Mamai-Lagafuaina and Gabriela Canavati each with 84 and 86 kills. Canavati tallied 20 kills. In the win over LCCC on Tuesday.

EWC also has some potent attackers. The Lancers are led by Charlene Hosly with 110 kills followed by Betham with 84. Hosley has tallied 113 digs to lead the team.

Sherbeyn said they know what they need to do, and she expects an exciting contest. She is hoping for a good crowd to watch two of the top teams in Region IX do battle.

“At Cougar Palace it is always like the community comes together and gives all the support,” she said. “We are just super excited to play in front of them and shoe them what we have been doing.”

For Sherbeyn, though, playing Torrington is special since she graduated from Torrington High School. She said she has plenty of fans from the Wyoming town as well as Scottsbluff.

“It is really special to me because I have the community here and the community back home coming here supporting us,” Sherbeyn said. “It just means a lot to me.” 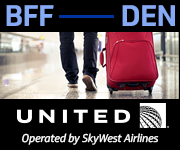