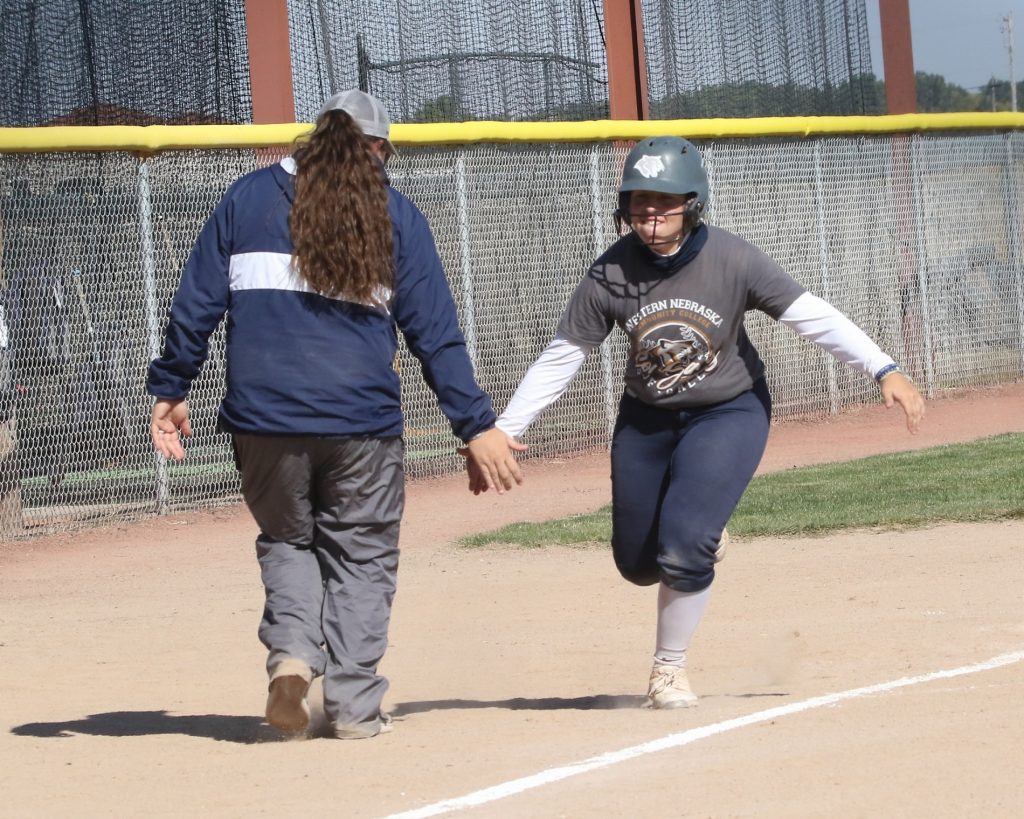 WNCC opened the day behind a 17-hit attack in getting the 11-6 first-game win. The second contest saw the Cougars stay hot with the bats with 14 hits along with some good defense in getting the 5-inning, 14-3 win.

The win in the first game gave head coach Katie Groves her 100th career win. She took over the head coaching duties in 2017 and in her just her fourth year at the head coach, she now has 101 wins.

Bailey Blanchard said it was a great day, especially knowing that coach got her 100th career win.

“Being able to celebrate coaches 100th win with her was amazing but being able to give her another one right after that was even better,” Blanchard said. “We wanted our first weekend out to be a big one for coach and for our season. We will use the momentum from this weekend to push us to work even harder in practice to prepare for Texas. We have shown what we can do, and we will bring that fight and passion to Texas with us.”

Groves said she is thankful for the milestones, but it wouldn’t have happened without the talented players she has coached.

“I’m thankful for the milestone. I’m even more thankful for the young women who have choose WNCC, who have put the work in for Cougar softball on and off the field and have made the impact they’ve had on our program, institution, community, and on me.

“I’ve had the opportunity to coach a lot of great young women and have had the privilege of attending weddings and birthdays, everything in between and that makes win 100 even more special. It’s an opportunity to reflect on them, on the journey we’ve had through all the wins and losses, one that once wore and who wears the numbers behind Cougar softball. Very thankful for my girls, past and present for everything they’ve given me, taught me, and shows me every day. Looking forward to the journey ahead. Together we go.”

Blanchard said they played well today to get the two wins after going 1-2 on Saturday on Sunday.

“The team really came together today,” Blanchard said. “We played for each other. Every single one of my teammates knew that they had a job to do and they found a way to get that job done. As a whole, we had something to prove to ourselves and we did that today. We worked extremely well as a team and we were able to end our weekend with a winning record.”

Even coach Groves was pleased with how her team came back and played on Monday.

“We made a lot of strides this weekend as a team,” Groves said. “It was a rollercoaster and we faced a lot of adversity on and off the field. Today they responded well and found ways to pull out a sweep after two days of very lopsided softball. I’m proud of them. We mad adjustments and we know things we need to get better at the next few days before we head to Texas.”

The First game was tied at 4-4 after four innings. It was what the Cougars did in the fifth, sixth, and seventh innings that opened the contest up.

WNCC scored first as Bella Coffman had a solo home run in the second innings to go up 1-0. Pratt tied it in the bottom of the frame only to watch WNCC score three in the third to go up 4-1. The big hit in the third was a run-scoring double by Cheyenne Ausborn.

Pratt came back with three in the fourth to knot the score at 4-4. WNCC immediately answered Pratt’s run-production by adding five in the fifth. Ausborn started the inning with a walk followed by a single by Chloe Cronquist. Ausborn scored on a single by Emma Schweitzer and Cronquist came in to score on a single by Coffman.

WNCC wasn’t finished. With two outs and the bases loaded, Quinn blasted a double to score three runs for the 9-4 lead.

Pratt added two in the bottom of the fifth, but WNCC added single runs in the sixth and seventh for the win.

Getting two hits each were Blanchard with two runs scored; Cronquist with a run scored and RBI; and Schweitzer with two RBIs and a run scored.

Butterfield picked up the win in the circle, tossing four innings in allowing eight hits, six runs and only walking one. Quinn finished off the game with three innings pitched in allowing just two hits and walking one.

The second game saw WNCC take control of the contest with an 8-run, second inning. Coffman started the second with a double and scored on a Cronquist fielder’s choice. Cronquist, who reached on the play, stole second and scored on a dropped third strike. That led to Blanchard getting a 2-run home run for a 4-0 lead.

Quinn and Butterfield each reached base and scored on a Ausborn triple to make it 6-0. Ausborn would later score to make it 7-0 and then Erin Hanafin scored for the 8-0 score.

WNCC went up 11-0 with three more in the third. Butterfield singled to score Blanchard for the first run followed by Ausborn doubling to score Quinn and Butterfield for the 11-0 lead.

WNCC scored one in the fourth and two in the fifth. The fourth saw Blanchard getting a run-scoring single, while the fifth inning saw Hanafin and Coffman crossing the plate for the final two runs.

WNCC finished the second game with 14 hits with, once again, several players with two hits each. Ausborn and Blanchard each had three hits. Ausborn had a double, triple, a run scored, and four RBIs to lead the team. Blanchard had two singles, a home run with three RBIs and two runs scored.

Chong tossed all five innings to get the win, allowing six hits and three runs. She also struck out two and walked just one.

WNCC will be back in action this weekend when they head to Texas to face Western Texas College in doubleheaders on Saturday and Sunday. 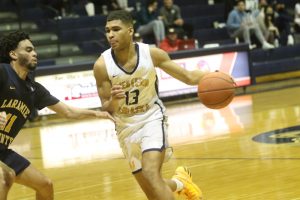 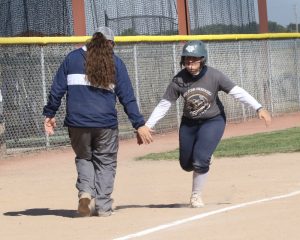