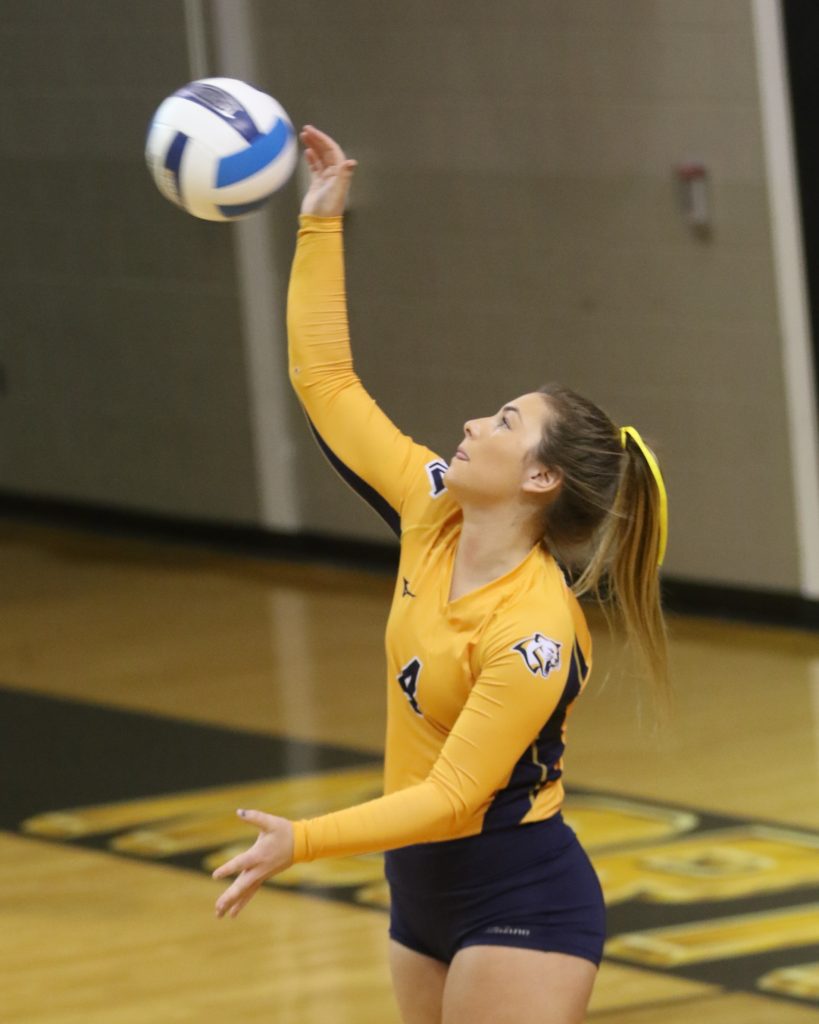 When Adia Sherbeyn signed with Western Nebraska Community College, she knew volleyball was the sport for her. Now, Sherbeyn gets to continue her volleyball playing at the next level after signing with Lyon College in north central Arkansas.

The decision to attend Lyon College was easy even though she didn’t get to go on a visit.

“I chose Lyon College because even though I was not able to visit, the people I was in contact with like Coach Dustin [Sahlmann] and my new teammates made me feel so welcomed as if I had been able to visit. Also, going to Arkansas will be a fun and new experience for me since I was only 30 minutes away from home at WNCC.”

She had several options with many schools, but Lyon College felt like home.

“There were a few other colleges that I was considering; however, Lyon just made me feel wanted,” she said. “Also, from talking to Coach Dustin, I appreciated his team aspect of the game as well as the desire to win. It is also a place where I know I will be able to get quality education.”

Coach Sahlmann was hired in February to take over the Scots’ volleyball program. Sahlmann comes over to Lyon from the University of Arkansas at Pine Bluff where they won more conference matches in three years (26). A year ago, the Scots were 20-15.

“Lyon volleyball has been very successful in the past years in one of the toughest NAIA conferences,” she said. “I’m very excited to see what we can do this upcoming season.”

Sherbeyn came to WNCC from Torrington High School and picked the Cougars over Eastern Wyoming College where her mom, Julie, was the head coach. At Torrington, Sherbeyn played all kinds of sports from volleyball, basketball and softball for years, and then did track and field and soccer for two years.

“Ever since I was little I knew I wanted to be a volleyball player,” she said. “I grew up with it and it has been a big part of my life for a very long time. My mom would set up my play pen on the sidelines of her practices when I was a baby and there are multiple pictures of her players putting me in a ball cart. So to say playing at a four year college is a dream come true, it really is!

Sherbeyn said at a small school it is easy to play many sports and the one sport that she misses playing is softball.

“In these small towns you get the opportunity to play every possible sport that is available to you,” she said. “If there were any sport I would’ve played other than volleyball in college it would’ve been softball. I miss and love the game and I’ve just met so many great coaches, teammates, and people through softball. Volleyball is definitely my favorite though.”

Sherbeyn found her school, too, and she is going to a NAIA college that has a strong volleyball program. She said Coach Sahlmann is looking for a defensive or libero player.

Sherbeyn tallied 283 digs last season for the Cougars and had a season-best 18 digs against Trinidad State and had 17 digs in a match against Salt Lake Community College. Sherbeyn finished her 2-year career at WNCC with 599 digs and had 50 ace serves.

“My sophomore year was very memorable. I couldn’t have asked for better teammates because they are what made the year so great and what made saying goodbye so hard,” she said. “We grew so much this year and individually they helped me grow as well. The thing that I liked the best was our team chemistry. We definitely did not lack that this year and I knew they had my back. I feel like I had a very successful year due to this.”

That is why the way the season ended with the sudden remote learning the last two months of the semester made saying goodbye to her teammates and friends hard.

“It has been really hard to accept that my teammates and I did not get a proper goodbye this year. I was supposed to have a good three months with them after break and it obviously got cut short,” she said. “I miss them so much, but you already know we still stay in contact over social media, FaceTime, etc! I’m only 30 minutes away from Belle [Anabelle Gillen], Liv [Olivia Schaub], and Anna [Arianna Mitchell] so after all of this is over I am definitely going to be visiting them.”

Those friendships made at the junior college level do mean a lot and she will take plenty with her from the Wyo-Braska area when she heads down to Batesville, Arkansas, which is two hours south of West Plains, Missouri, the location of next year’s NJCAA national volleyball tournament.

Sherbeyn said she learned a lot from her teammates that she met from all the United States and world.

“It means so much to me because I have learned an incredible amount from my teammates that come from all over,” she said. “Not just about volleyball, but also life. I’ve been exposed to beautiful people with beautiful backgrounds and it truly makes me a better person. The world is more than just Torrington, Wyoming, or Scottsbluff, Nebraska, and being able to play with these girls have really showed me that.”

Her goal at Lyon is to enjoy her favorite sport for another two years. She plans in going into the pre-physical therapy program.

“During my time at Lyon College I solely want to play the game I love and just enjoy my last two years of volleyball. I also want to meet new people and experience different things.”

Sherbeyn said she has is thankful for many people for her volleyball success.

“I just want to thank my family, especially my parents, Coach Binny [Canales], Coach Shawn [Hergenreder], my teammates, friends, teachers, and the Scottsbluff/Torrington community for everything that they have done for me throughout my journey,” she said. “I will never forget the impact you all have made. I also want to thank Coach Dustin for this new opportunity of continuing my education and volleyball career at Lyon College. I am truly blessed.” 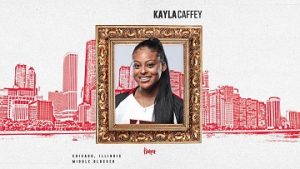 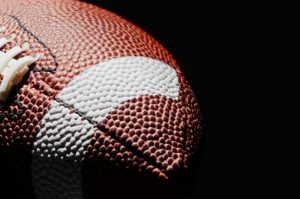 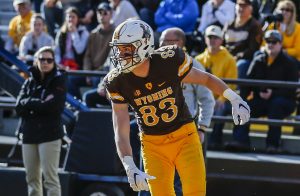