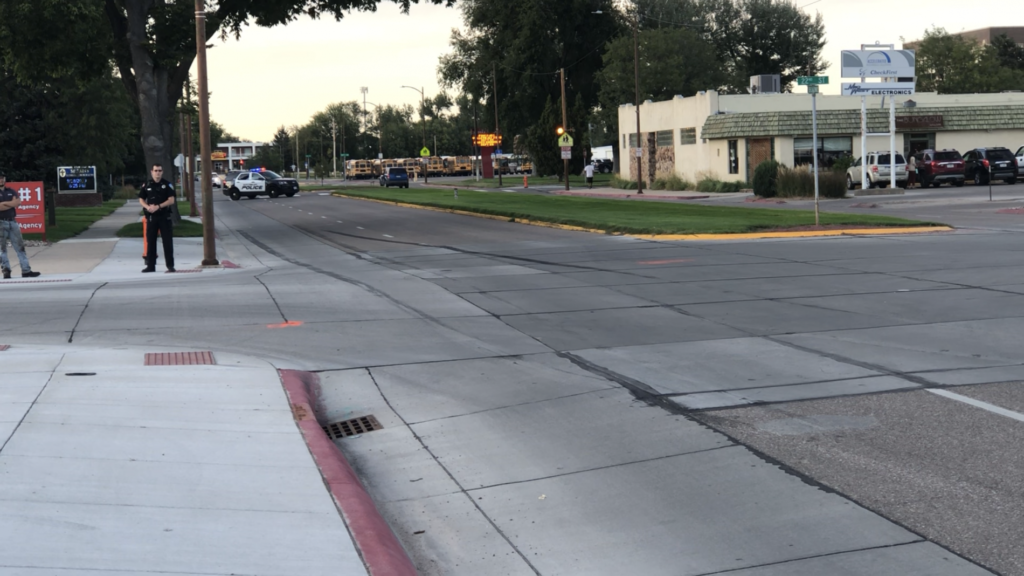 Scottsbluff Police say a 12-year-old boy was injured and hospitalized following a Wednesday evening vehicle vs. pedestrian accident in Scottsbluff.

In a media release, Sergeant Philip Eckerberg says a pickup southbound on Broadway struck the boy shortly before 6 p.m. as the youth was eastbound crossing the roadway at 22nd Street.

Eckerberg says investigation revealed the pickup, driven by Jacob Gompert, 20, of rural Bayard, was speeding at the time of the accident. Investigators told KNEB News at the scene they observed more than 200 feet of tire skid marks leading up to and through the intersection.

The boy was transported to Regional West for his injuries, and neither his name nor condition have been released.

Eckerberg says Gompert was cited for reckless driving, failure to yield to a pedestrian and no valid registration, and the investigation continues into why the pickup was speeding.

Response to the scene included Valley Ambulance and Scottsbluff Fire.